Are you a frequent traveler who wants to keep travel time fun and relaxing? If yes, jokes can be a great way to keep everyone around entertained and happy. Here are some great airplane jokes.

Sometimes things can get boring while you’re traveling on an airplane. You may have to wait a while before boarding or not have anything fun to watch on the plane.

Or, you could have a bored kid with you who needs constant entertainment to avoid getting cranky. In such scenarios, some good airplane jokes can come handy.

Seriously. You’d be surprised how even the silliest puns and jokes would crack you up when you’ve got nothing to do.

Whether you want to spark up a conversation with a stranger or entertain yourself, this list of funny airplane jokes will get the job done.

It has some of the best airplane jokes with puns about airplanes and situational jokes that you can use to entertain your family, friends, or friendly strangers.

Read on to enjoy!

If you enjoy puns or like to annoy others with particularly bad ones, here’s a whole list of airplane puns for your next flight: 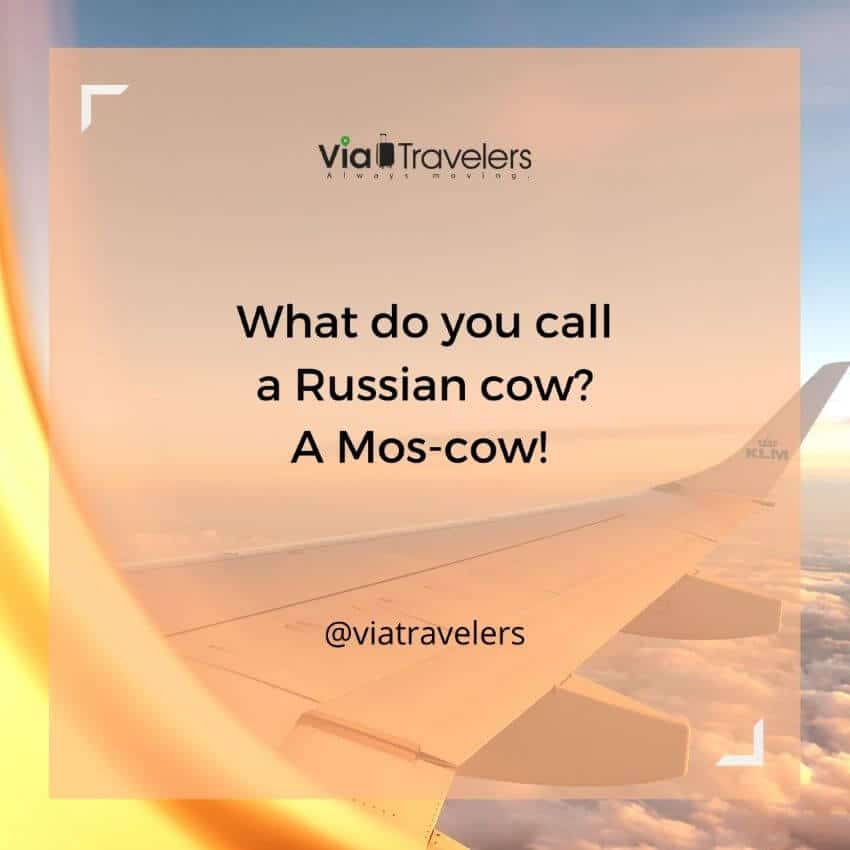 2. I met my Seoul mate in South Korea.

3. Why does Harry Potter dislike Christmas vacations? Because none of the hotels have any brooms available. 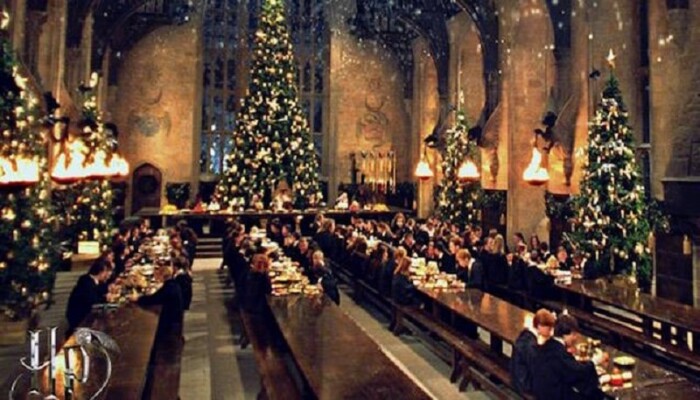 4. Italy is a beautiful and safe country where you’re free to Rome about.

5. I love Australia. It is a Perth-fectly beautiful country. 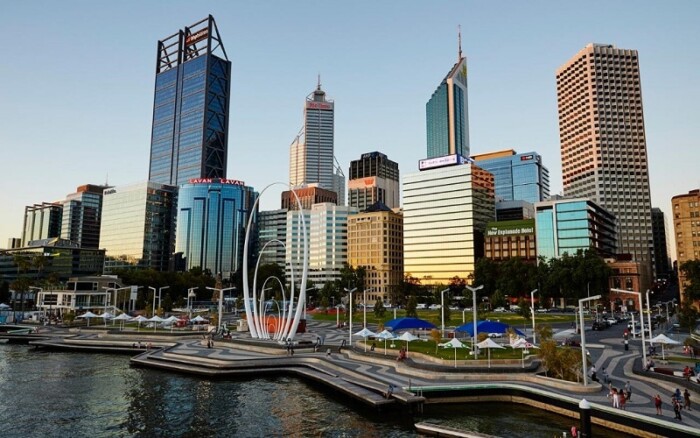 7. On my last trip, I met a very beautiful/handsome person. It was truly love at first flight!

8. I won’t travel on that plane again. It had a bad altitude. 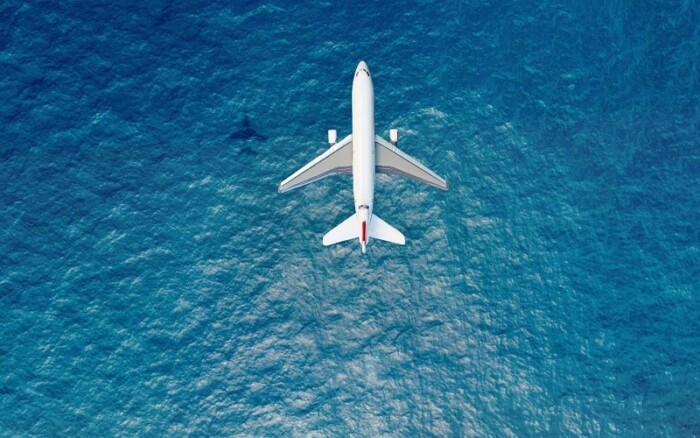 9. We don’t know where we would go after this trip. We’re just going to wing it.

10. Why won’t a Redbull travel in an airplane? Because it already has wings! 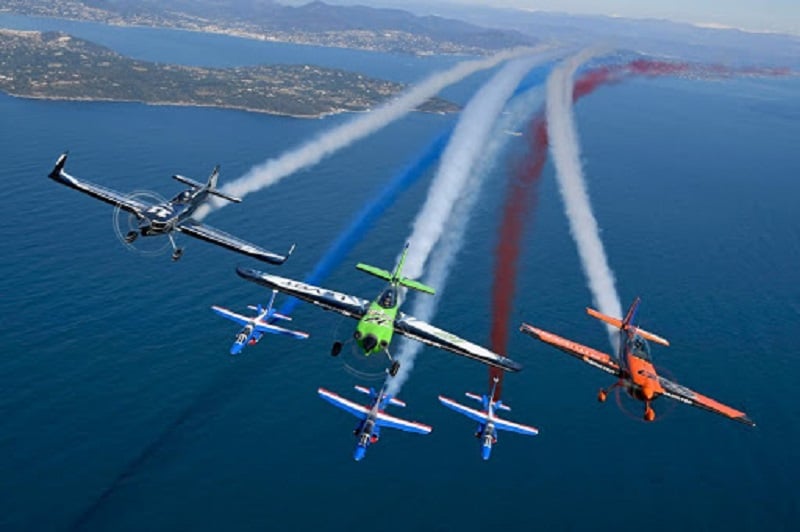 11. I’m so tired, Venice is this flight going to come to an end?

12. You can’t tell if we’re going to enjoy this flight, Kenya?

13.  To calm yourself during flights, just act like a No-mad.

14. Why does Harry Potter wish to stay in hotels? Because they have excellent broom service.

15 Meals during a flight are always plane and tasteless. 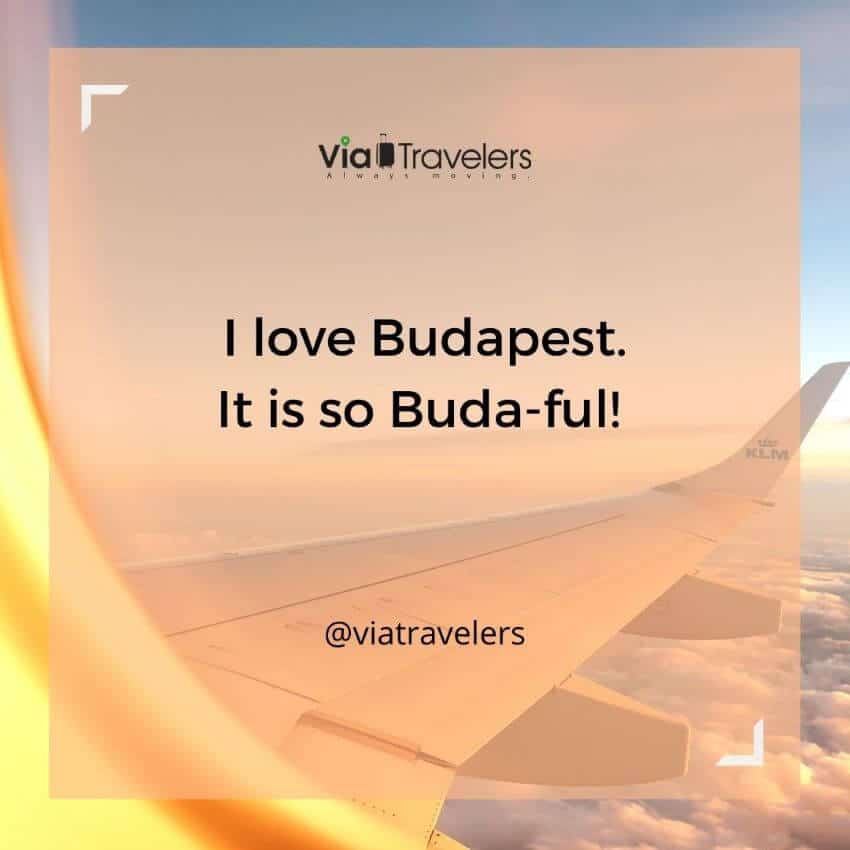 17.  Whenever I travel to Italy, my phone is always on Rome-ing. 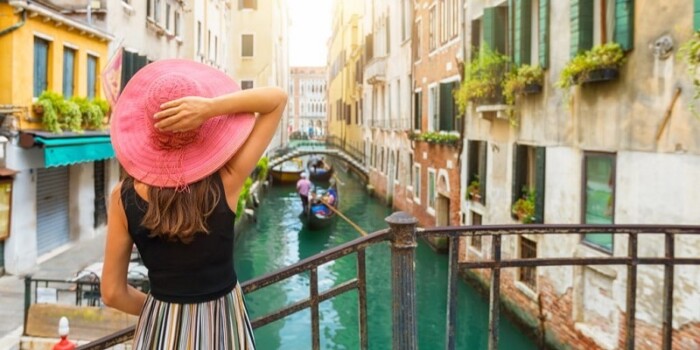 18. I’m going to Bangkok for my next vacation. Don’t Thai to stop me! 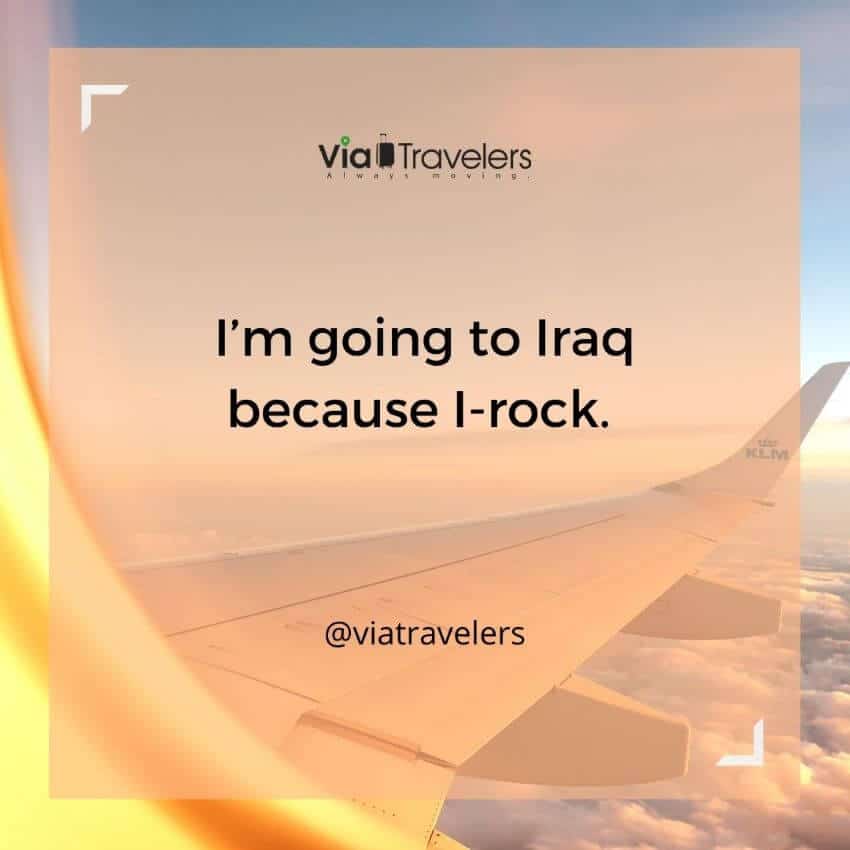 20.  My visa for America got rejected, so I couldn’t go to NO-York.

21. What does a person who dislikes airplane food say when he’s served with chicken steak? ‘Let’s hope for the breast!’

22. What’s another name for the movie Snakes on a Plane? The Boeing Constrictor.

23. I don’t know where to find glaciers in America. I guess Alaska local.

24. What did the wizards and witches say to the airplanes? WING-ardium Leviosa! (Harry Potter fans, you’re welcome).

25. Whenever I’m traveling, I always make sure I look fly.

26. Why didn’t the passenger know how to use an oxygen mask? Because the flight attendant didn’t ex-plane it properly.

27. Why doesn’t Tom Cruise like traveling by air? Because he likes Cruising.

28. What should you do to achieve higher grades? Study in an airplane!

29. What’s Robinhood’s favorite way of traveling? By an arrow-plane!

30. What did the pilot say to his passengers after a rough landing? ‘Sorry, but it wasn’t my fault. It was the asphalt.’

31. Who invented the first airplane that couldn’t take off? The Wrong Brothers. 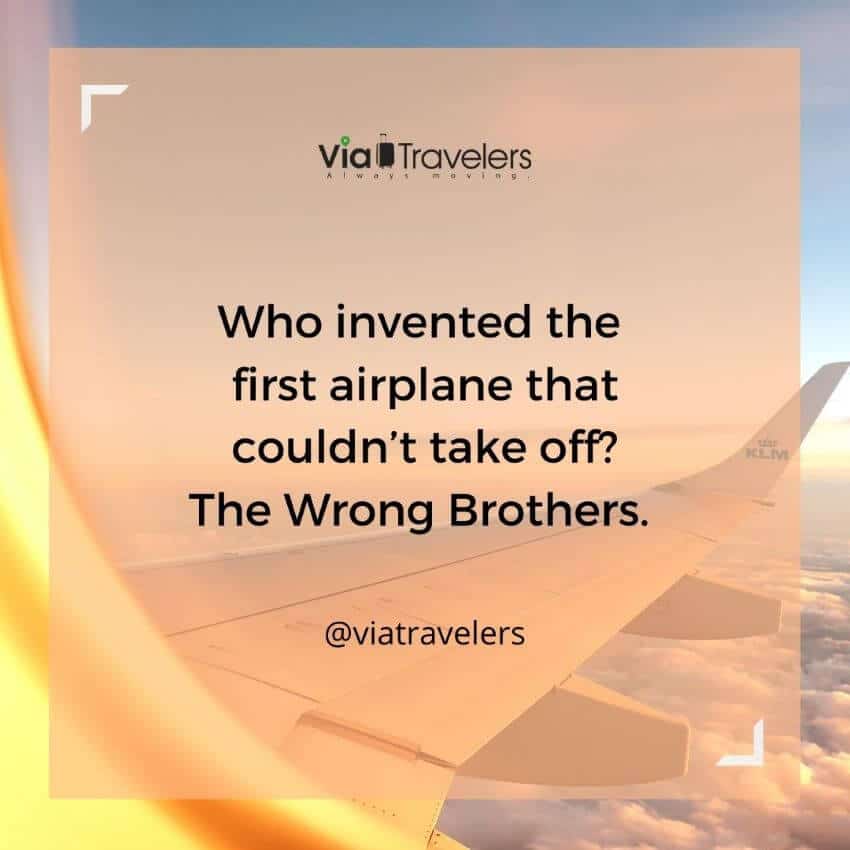 32. Why do people who are bad at bowling make the best pilots? Because they never hit anything.

33. Why couldn’t the news reporter deliver her news? Because she went on-air. 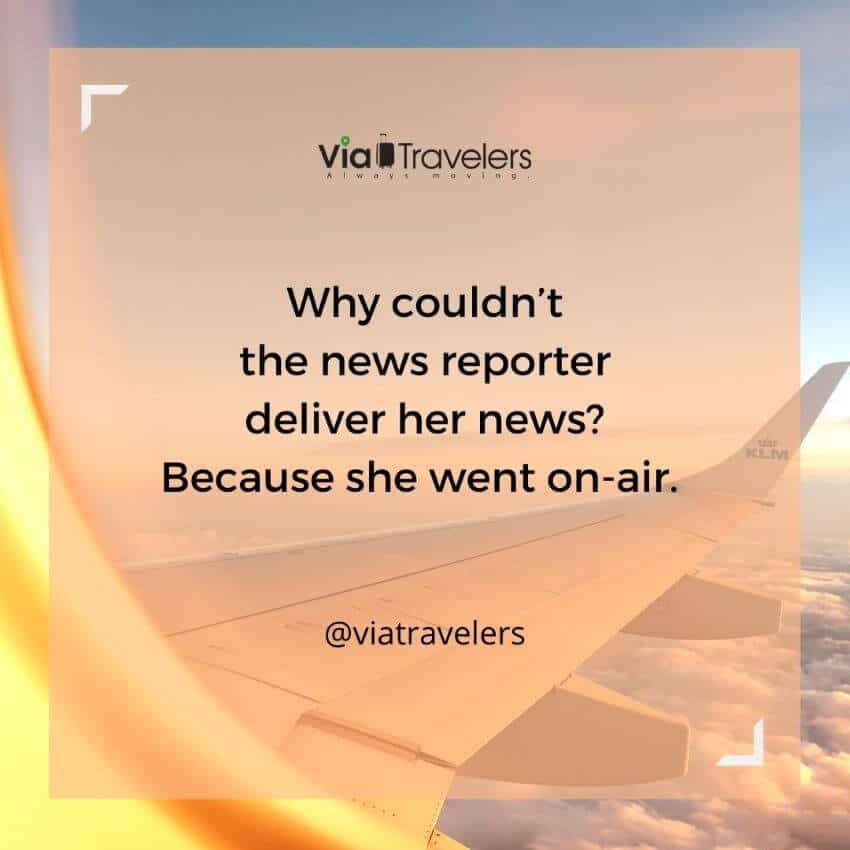 34. Why didn’t the businessman’s airplane business become successful? Because it wouldn’t take off.

35. What state in America do mosquitoes like best? Itchi-gan! 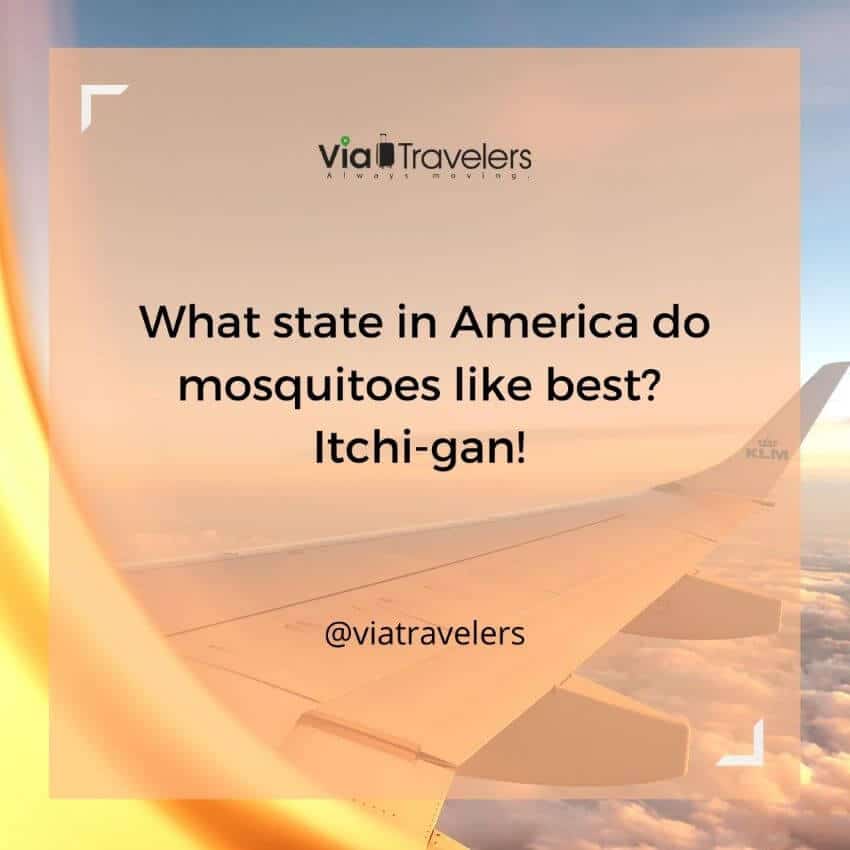 36. What do you use to pack stuff for napping on a flight? A Nap-sack.

37. I really wanted the window seat, but I didn’t argue with her to avoid flighting on a plane.

38. Why did the two airplanes start fighting? Because they weren’t United Airlines.

39. How do you make Pikachu and his friends get on an airplane? You Pokemon.

40. What did Pikachu say after he went on an airplane? Pika-flew! 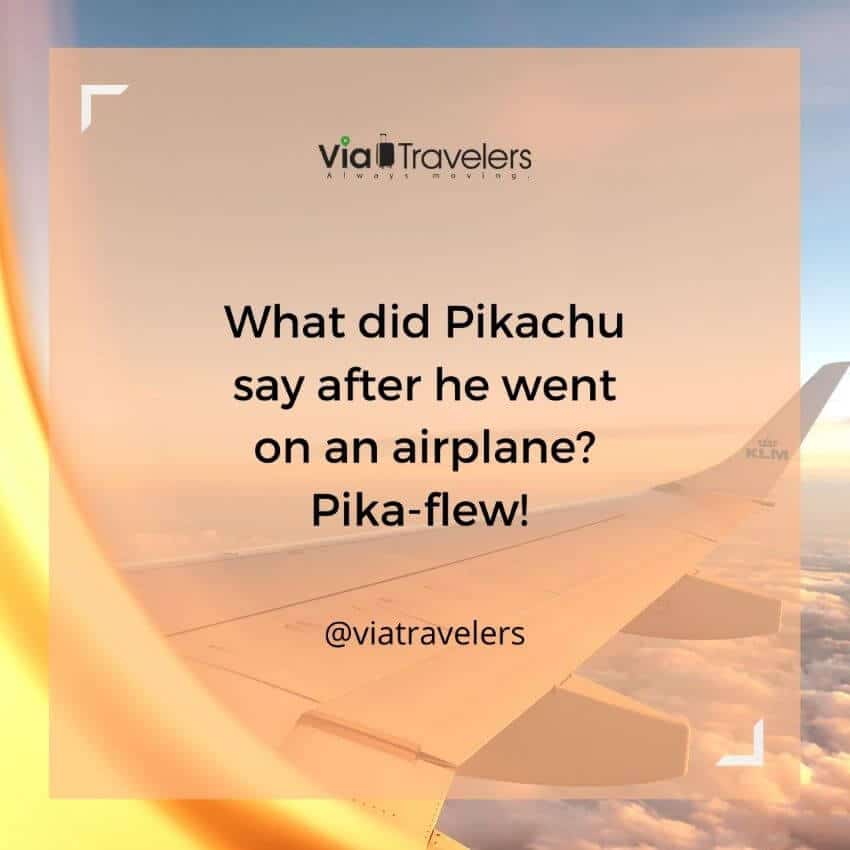 41. What do you call an airplane where you’ve got nothing to do? A Boeing airplane. 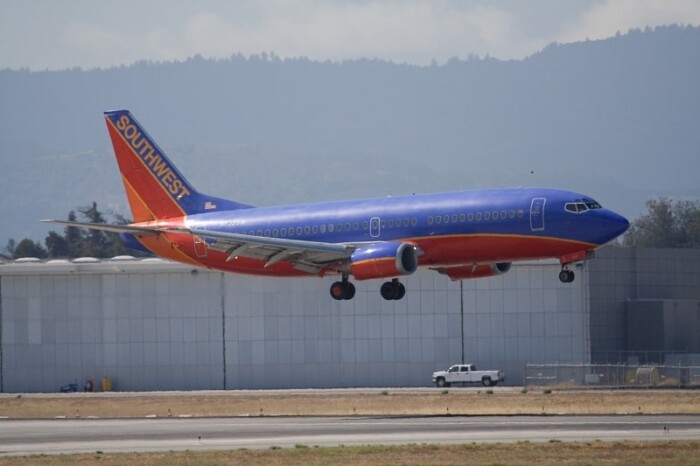 42. I love thanksgiving and eating turkey. It makes me want to visit Turkey.

Traveling and Airplane Jokes to Enjoy by Yourself

If you’re bored on a flight, here are some silly yet hilarious airplane jokes to keep you entertained:

1.My neighbor said she wants to travel and meet Japanese people. I had to tell her later on that going out to eat sushi doesn’t count.

2. A hotel’s bar lets you take a peek into the future to learn how much a soda can would cost in 2025.

3. A man called the airlines to ask how long would it take to travel from New York to Los Angeles.

The employee on the other end put him on hold by saying, ‘ two minutes, please’.

‘Okay, thanks,’ replied the man as he hung up.

4. A man who recently started believing in flat earth decided to walk in a straight line across the earth to prove his theory. Eventually, he came around.

5. Stockholm is a great place to spend some nights sleeping because you always get Swede dreams.

6. A man was super depressed and didn’t want to live anymore. He traveled through time and killed his grandfather to prevent himself from being born. It was the worst way ever to find out that he is adopted.

7. How can you tell the difference between an optimist and a pessimist? The optimist invented the airplane while the pessimist created the seat belts.

8. During one flight, the air hostess asked the passenger if he wanted to have lunch.

‘What are my choices?’ asked the passenger.

9. An air host walks into the airport restaurant to order a meal.

‘Don’t you have a flight to attend to, sir?’ asked the waitress.

‘No, the flight is delayed because the pilot was bothered by a weird noise coming from the engines,’ replied the flight attendant. ‘It’ll take a while to find a new pilot.’

10. A panick-y passenger asked the air hostess if they were still traveling on the correct course.

‘Off course, we are,’ she replied. She couldn’t understand why the passenger suffered from an anxiety attack right after that.

11. A man was feeling sick and dizzy on an airplane. The old lady sitting beside him noticed it and handed him some leftover peanuts to help ease his sickness. He ate them to distract himself.

After a while, when she handed him another handful of peanuts, the sick man said, ‘thank you, that’s very kind of you. Why don’t we share these peanuts and enjoy them?’

‘Oh no, I can’t really eat peanuts because I don’t have any teeth. But I loved sucking the sweet chocolate that covered those peanuts!’

Don’t miss the opportunity to crack these witty and funny jokes if you find yourself in one of these situations:

1.In case you’ve bought expensive tickets and aren’t feeling too rich, you can crack this joke to make some lighthearted fun of your situation.

‘I travel a lot. In fact, I’m doing it all the time! I travel at 60 minutes an hour because you know – I’m a time traveler. Haha.’

2. This one’s another joke you can crack to make fun of how broke you are.

‘You know, I couldn’t really travel this year due to Covid. Normally, I can’t travel because I don’t have any money’.

3. Traveling to Germany? Don’t forget to share this pun with your friend. Just make sure no German hears it.

‘You know why Germany is the dirtiest country in the world? Because it has the most germs.’

4. Not dressed up properly for the occasion or feeling ugly? Make fun of yourself by saying this line, and you’re guaranteed a couple of snorts and smiles.

‘I never have to worry about getting ugly passport pictures because that’s exactly how I look in real life – plain old ugly.’

5. Try slipping this comical line into one of your conversations on the plane.

‘I can’t please everyone. I’m not an airplane ticket!’

6. Purchasing expensive tickets before Christmas? Here’s a wishful yet comical thought you can speak about out loud:

‘If I had to choose what I wanted to be born as, I’d pick being a postcard. Lucky things can travel anywhere in the world in just two dollars.’

7. If you’re shifting seats, here’s another one-liner to make jokes about not having any money.

8. Is your plane facing turbulence? This one-liner might help ease your or your traveling partner’s anxiety.

‘This plane is more unstable than my mood!’

9. This joke is a good way to express how much you loved your vacation in a certain country.

10. If you’re traveling to London but are late to the airport, just say this line:

‘I won’t have time management issues in London. It has such a big clock.’

You’ll either get slightly amused or utterly exasperated looks from your audience.

11. If your pilot informs you that the plane is going to travel off the course due to some issues, here’s a fun way to deal with it lightly:

‘I hope we don’t fall off the edge of the earth!’

Just make sure there aren’t any flat-earthers around when you say it out loud.

12. Want to make the air hostess giggle? When she asks you about what you’d like for a drink, answer with:

‘Anything but Redbull. We’ve already got wings.’

13. You can make this joke while buying sweets on your flight with special emphasis on the word ‘plane.’

Jokes About Flying and Traveling for Kids

If you want to spend some time making dad jokes for a bored child on a flight, here are some funny jokes to try:

1.Where do sharks go for vacation? Finland.

2. Where do pizzas go for vacations? The leaning tower of pizza. 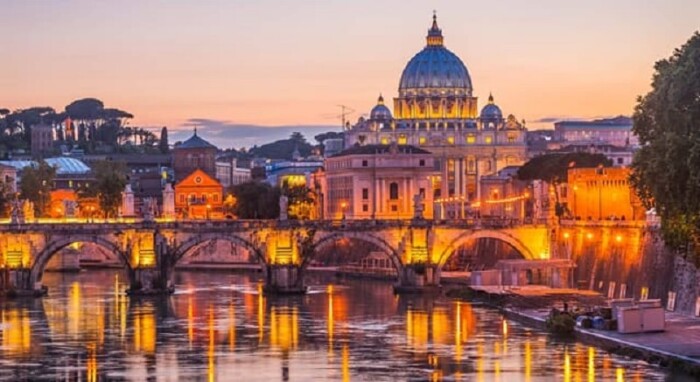 4. You know what being this high up in the sky feels like? Air-mazing!

6. How do oceans greet each other? By waving.

7. What did E.T’s family ask him when he went back home? ‘Where on earth were you?’

8. Why does Peter Pan keep flying? Because he Neverlands.

9. What did the pilot name the dish he cooked while flying an airplane? A recipe for disaster.

10. My teacher was so dumb that she tried to climb Mountain Dew.

11. What sound would you hear if a plane falls on a trampoline? Boeing Boeing!

12. Where do cows spend their holidays? Moo York. 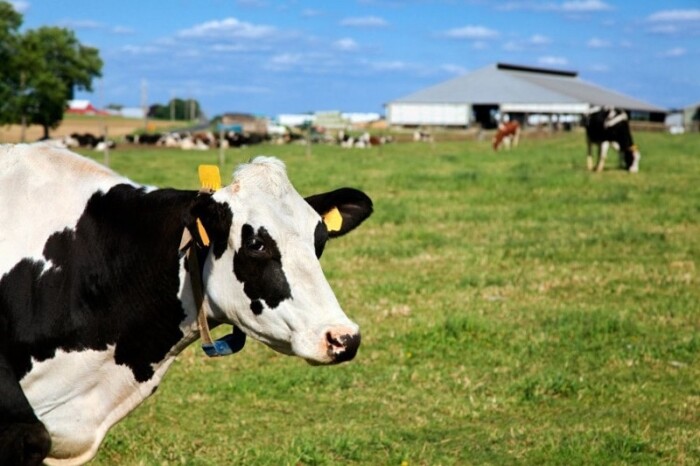 13. Which state is a color pencil’s favorite? Color-ado!

Via Travelers is a modern travel blog providing the best tips, hacks, and itineraries to ensure you have an amazing adventure.