Bosnia and Herzegovina is a beautiful country, but it’s nowhere near as popular with tourists as it should be.

Some people don’t even know that it exists and others think it’s still a war zone. We’re here to break down all those misconceptions and tell you about all the things you should know before traveling to Bosnia and Herzegovina.

Like the fact that it’s one of the cheapest countries in Europe, that it’s like a playground for hikers with dozens of different mountains and numerous hiking trails and that there’s always a possibility of rain, especially in Sarajevo.

Read on for more detailed tips that will help you plan and prepare for a trip to Bosnia!

Bosnia and Herzegovina is perfectly safe for tourists and actually has really low crime rates. So, if you’re wondering if it’s still a war zone and can you travel there safely, the answers are no and then yes.

The war actually ended in the 90s, and it is a perfectly safe country to visit.

It’s astounding how many people still think it’s a war zone over there – it’s not, and people read very normal lives there.

Bosnia isn’t in the EU and it’s not a Schengen area, so you will need to properly cross the border.

It’s best to check with the Bosnian embassy in your country what exactly you need to enter Bosnia, since the exact documentation heavily depends on your country of residence.

The process of entering Bosnia is normally quite simply – a border official examines your passport, you get a stamp and off you go.

If you are at all suspicious to them, they might just tell you to pull over and spend the next several hours examining every inch of your body and car. So, be on your best behavior for a stress-free trip.

The Nature Is Absolutely Stunning 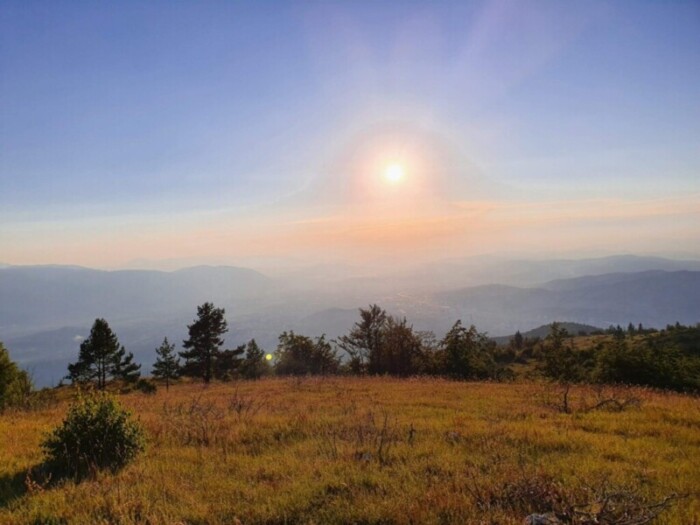 Bosnia isn’t a very developed country in terms of big cities and great infrastructure. However, the country boasts incredibly beautiful nature that will easily impress you. Also, Bosnia and Herzegovina is very popular with mountain hikers, due to the sheer amount of thrilling trails.
If you have the opportunity to explore the rural and remote parts of this country, definitely do so. Head to places like the Sutjeska National Park, Kravice Waterfalls, Skakavac, Blagaj Tekke, Fortica, Igman, Trebević and others. Adventurers will just love this country – there’s so many different places you can fall in love with and so much stuff to do that you’ll find yourself planning your next trip to Bosnia before you’ve even left.

Getting Around The Country 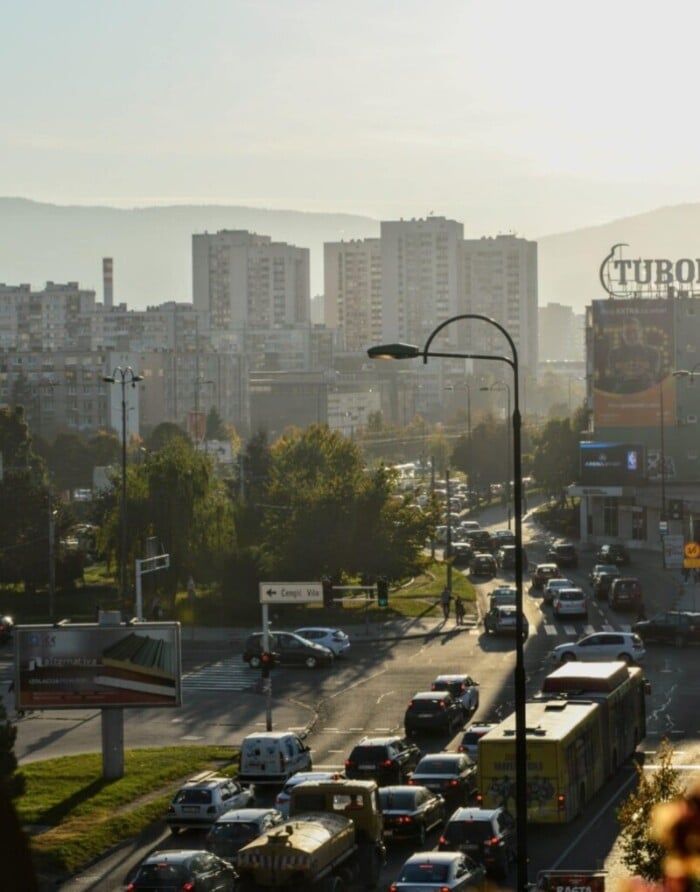 If you’re planning to visit multiple cities in the country and maybe even travel to remote areas for hikes, your best bet is to rent a car. The roads are not fantastic, but it’s at least a dozen times faster and more convenient than relying on public transport.

Bosnia and Herzegovina does have a railway system, but it was severely damaged during the war two decades ago. The trains that do run are normally very slow, dirty and just not very comfortable. It’s not much different with busses, and they usually just connect the larger cities.

Also, there’s rarely any public transport to the mountains – if you’re planning to do any hiking at all or just want to visit the mountains near Sarajevo, you will need to rent a car.
Now, if you’re travelling to Sarajevo and don’t really have plans to leave the city area, then none of that applies to you. Traffic in Sarajevo is a nightmare, lots of people drive like maniacs and it’s just much faster to get around the city by public transport.

Watch Out For Pickpockets 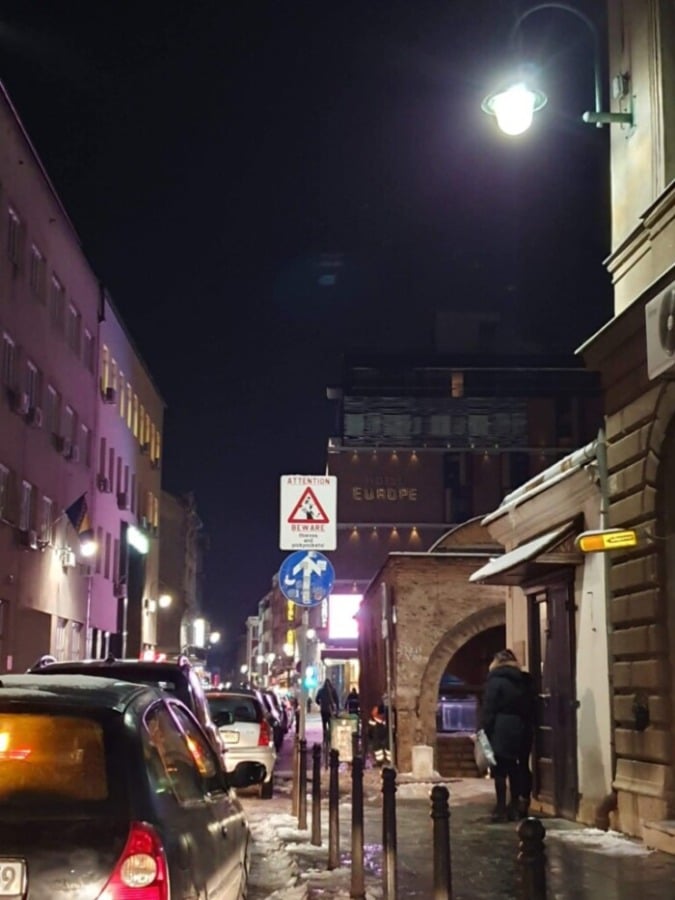 Sarajevo has a bit of a problem with pickpockets, but it’s nowhere near as ridiculous as the situation in Lisbon. As a tourist, you are their potential target, but it’s very easy to protect yourself from thieves – don’t keep your phone or wallet in the back pocket of your jeans, and if you are carrying a bag wear it on your chest.

They tend to get you in the big crowds, so just stay away from those.

Skip the overcrowded trams, don’t spend too much time in the tourist spots that are bustling with people and be extra careful in areas where you can actually see the ‘Beware of pickpockets’ signs.

It Is Very Cheap 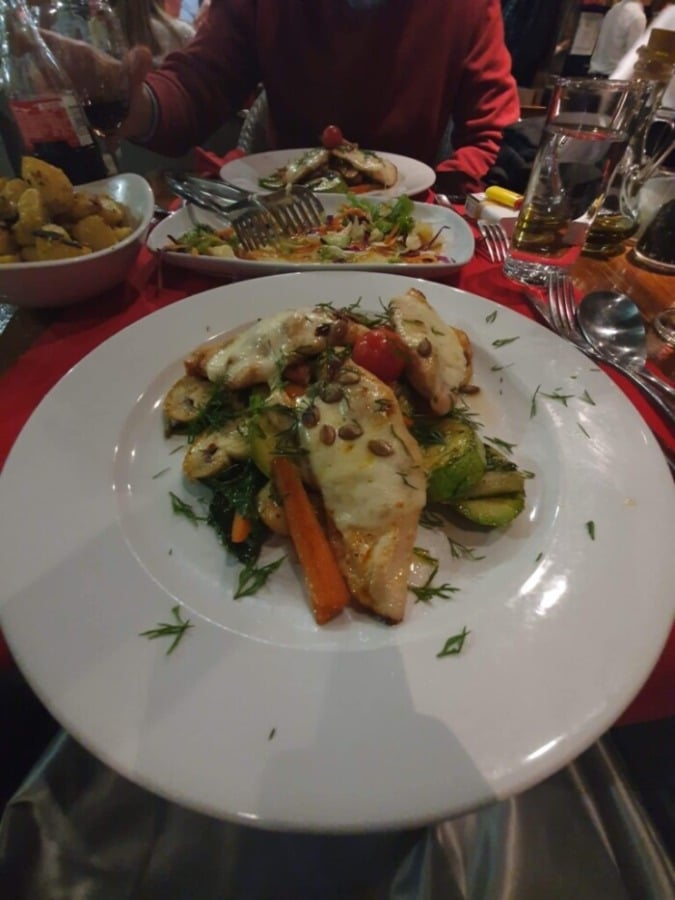 Bosnia and Herzegovina is one of the cheapest countries in Europe, so you can have an amazing time for very little money. In an average cafe, a cup of coffee costs just 1 Euro, a large pint of beer is approximately 2 Euros and a glass of wine is usually 2.5 Euros.

Obviously there are pricier places but they are still nowhere near as expensive as restaurants in the western countries.

Here’s a good example – the photo above was taken at one of the upscale restaurants in Sarajevo that’s considered to be pretty expensive.

And the total bill was around 35 Euros for two main courses, four drinks and an appetizer.

There are two important things to know when it comes to paying for services in Bosnia. One, their official currency is KM and it’s the main currency accepted around the country.

Very few places accept Euros and they tend to be a bit shady, so your best bet is to exchange all your cash into KM.

Some places will also accept the Croatian Kuna – we’re mostly talking about all those places that are right on the border with Croatia.

The second thing you should know is that cash is still very much king in Bosnia and Herzegovina, especially in the smaller towns.

You can pay with cards in larger grocery stores, clothing stores, gas pumps and lots of up-scale restaurants, but mostly in Sarajevo.

Outside of the capital, you should always have cash on hand, especially for restaurants and bars. 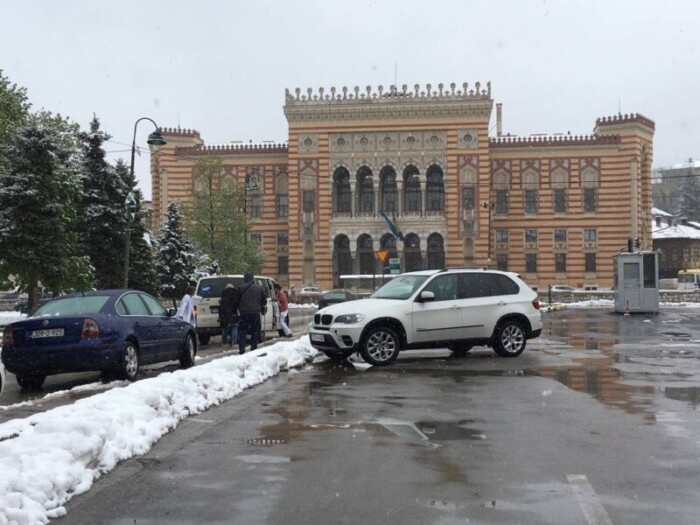 Sarajevo and Mostar are the only two cities that offer free walking tours, so take advantage of that if you have plans to visit either.

As you know, free walking tours are normally led by friendly locals, and they are entirely tip-based. These tours are pretty much the best way to get started in any new cities, since they will introduce you to all the important areas and touristy spots.

In Sarajevo in particular, there’s actually a variety of ‘free’ tours you can go on. Some will take you around to see all the war scars while others are an exploration of all the different graffiti art in the city.

The tours are normally two hours long and very informative.

The Weather Is Ridiculous 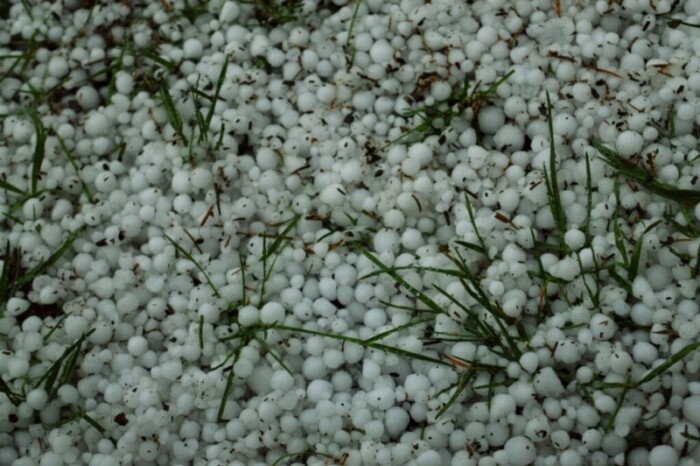 When you’re packing for your trip to Bosnia, make sure you have something for all four seasons regardless of when exactly you are visiting.

The weather is pretty crazy and it changes constantly – it can be 30 degrees Celsius during the day, but the evenings get chilly enough that you need a jacket.

Or it’s so hot both during the day and the night that you can’t even breathe normally. So be sure to pack travel clothes for hot weather.

Also, it rains a lot in Bosnia. Even the driest months of the year have a lot of rainfall, so definitely carry an umbrella with you everywhere. The showers in the summer are particularly heavy and they tend to come out of nowhere.

The winters in Bosnia are very cold, especially in the mountainous areas. In case you are visiting the country in the winter, be sure to pack waterproof jackets, insulated boots, gloves, hats and scarfs.

Seriously – the temperatures in Sarajevo regularly drop below -15 degrees Celsius, and it gets much worse on and near the mountains.

See Related: Why Is Everyone Obsessed with Travel?

There’s no nice way to put this – there are minefields in Bosnia and Herzegovina, so be very careful when exploring remote areas.

About 2% of the country is still considered to be contaminated, and that number is decreasing daily thanks to the efforts to completely decontaminate the country.

You don’t necessarily have to be afraid that you’re going to step on a landmine – if you pay attention to your surroundings, that’s never going to happen.

When you are out hiking or exploring the mountainous areas, watch out for large red signs with white skulls. These mean that there’s a minefield nearby, so just don’t walk past that sign and you’re good.

When you’re planning a hike in Bosnia, you should always check beforehand whether or not the trail passes near a contaminated area or if there’s a risk of landmines in any given part of the trail.

If there is a risk, it would be best to do the hikes with a guide or an experienced local – someone who has hiked the trail at least a dozen different times and knows exactly which areas to avoid.

Honestly, this all sounds a bit scarier than it actually is. If you stay in the urban parts of the country, you’re never even going to encounter a sign or hear anything about a landmine.

It’s only when you venture out in the unknown that this becomes a risk, but it’s nothing you can’t prepare yourself for adequately. 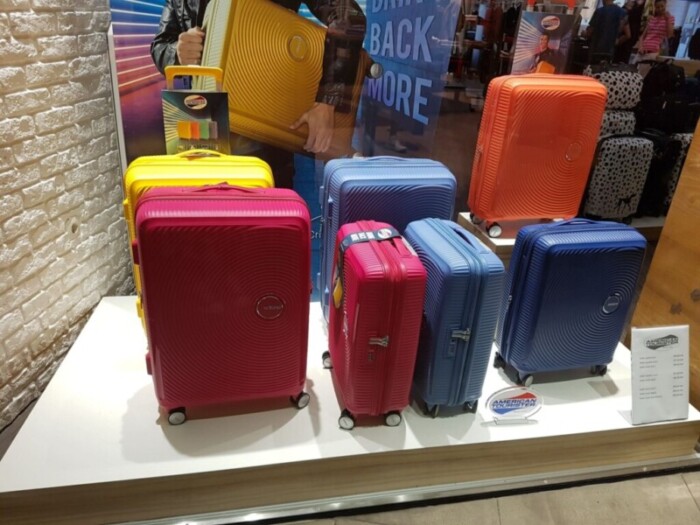 If you’re into shopping, you might be excited because we just told you how cheap Bosnia is. Well, that doesn’t really apply to established worldwide brands.

While you can find markets that sell knockoffs from Turkey for very little money, the popular brands like Zara and H&M are as expensive as anywhere else in the world.

Which would be fine if you got the same quality, but you don’t. The sad truth is that Bosnia gets a lot of inferior quality products, especially from the established brands. So, you’re effectively paying the same price you’d pay in Germany, for an item that’s of inferior quality.

And if you were thinking of buying some cheap tech, you’ll be very disappointed. It’s actually much more expensive in Bosnia than in the western countries, due to all the import fees.

This is ridiculous considering how much lower the standard of living there is – people actually get loans to buy the latest iPhone. Let that sink in. 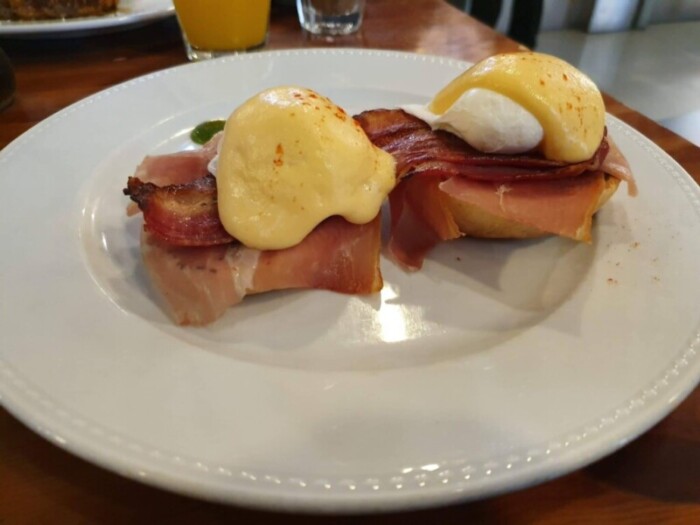 The dominant religion in Bosnia and Herzegovina is Islam, which as you know prohibits eating pork.

That’s why the vast majority of restaurants in Sarajevo and surrounding areas don’t have anything with pork on the menu, not even McDonalds.

You can still find restaurants that serve pork, it’s just that you’d have to specifically look for them. And this only concerns some parts of the country; the cities in the northern part are predominantly Orthodox and there’s plenty of pork in restaurants.

But still no bacon at McDonalds, no matter which one you visit.