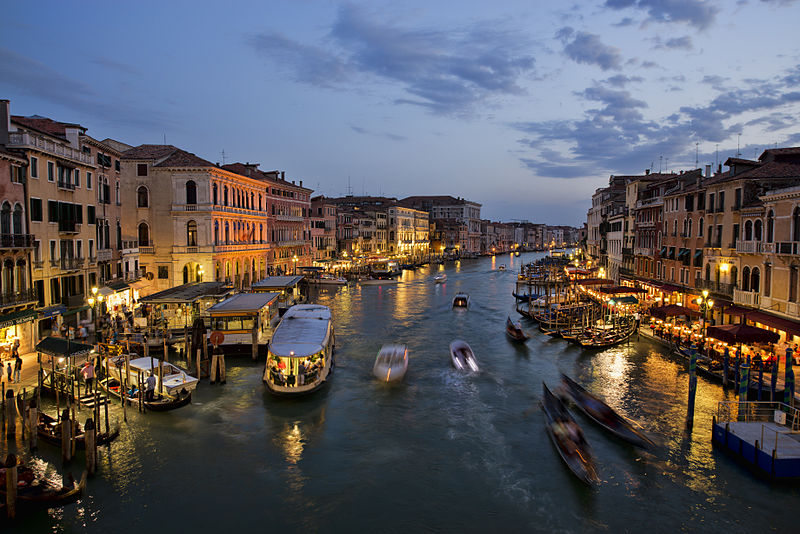 As the main street in Venice, the Grand Canal is often considered the most romantic, the most fascinating, and the most Intriguing street in the world. This ancient waterway winds a leisurely S-shaped path from the Saint Mark Basin for slightly over two miles and ends in a lagoon not far from the Santa Lucia railway station.

Since its very beginnings, the city of Venice was a merchant’s city. As far back as the 10th century it was an important center for trade — and the buildings that line the Grand Canal were showplaces built by the wealthiest merchants, mostly between the 13th and 17th centuries. Many of these buildings were originally ornately decorated and richly furnished homes, although most of them are now museums. 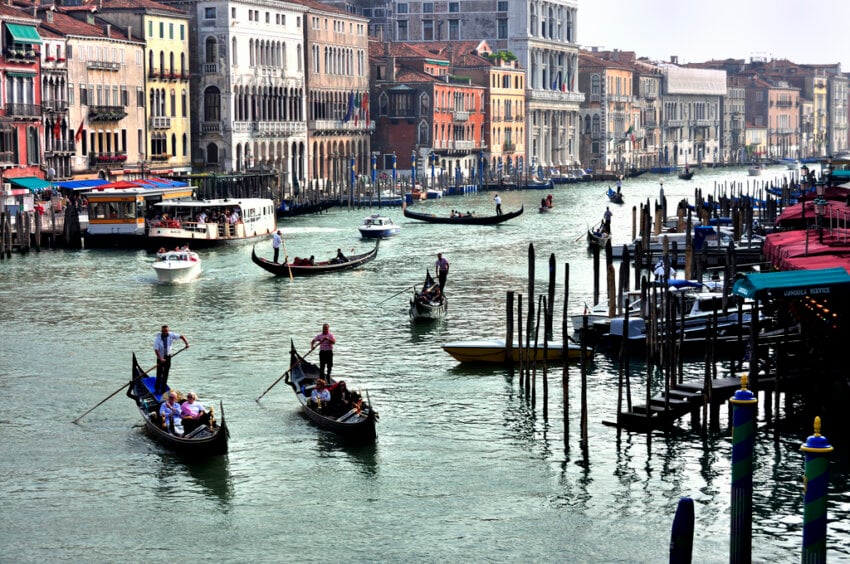 Visitors today who tour the Grand Canal can view these fabulous palaces of the merchant kings along the waterway. Yes, their colors are a bit faded. But the sights of the Grand Canal include some of Venice’s finest architecture. And their stories are as rich and full of intrigue as the history of this unique city.

Legends of the Ca Dario

The gorgeous pink marble Palazzo Ca Dario, a classic example of the Venetian Gothic style, was built in the mid-1400s overlooking the Grand Canal. Known to locals as the “house of no return,” this graceful palace is quite possibly the best-known haunted house in the world. The horror stories surrounding Ca Dario began almost as soon as it was built and continue into the 20th century. 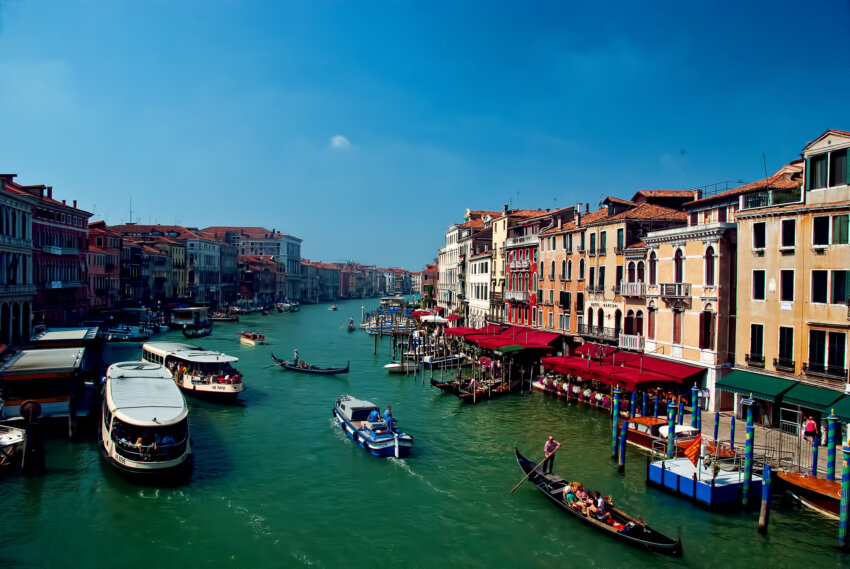 Home to the Dario family for several hundred years, the mansion’s first victim was Marietta Barbaro, the daughter of the original owner. She was imprisoned in the house, and starved to death. Not long after, her father and husband both died, while her brother, Vincenzo, was murdered there. 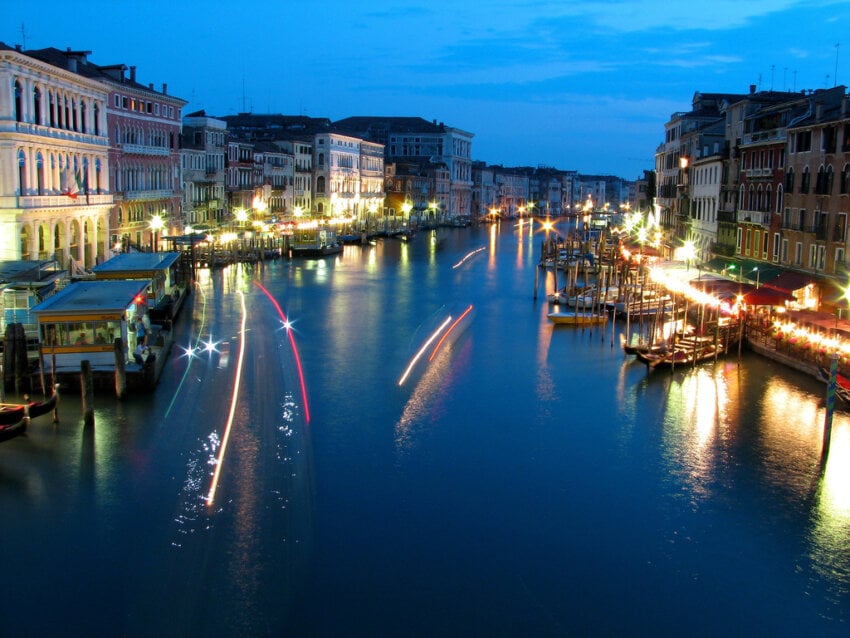 The family finally sold the house to a wealthy diamond dealer who went bankrupt shortly after buying Ca Dario, and died a pauper. In 1832 Rawdon Brown, a well-known British scientist, bought the mansion. A decade later he, too, went broke — and both he and his lover committed suicide.

Late in the 19th century, the home was purchased twice. The first buyer was accused of criminal behavior and fled Venice. The second became deathly ill after buying the cursed mansion, and moved to France. Much later, in the 1970s, Ca Dario’s owner was murdered in the house by his lover. Other victims of the Ca Dario include Nicoletta Ferrari, who was killed in a car accident, Christopher Lambert, manager of the famous rock band The Who, and wealthy businessman Raul Gardini, both of whom committed suicide.

Proving that beauty can indeed be deadly, the Palazzo Ca Dario is a fascinating introduction to the history of the Grand Canal.

Also Read: The 12 Most Photographed Cities in the World

The oldest and most famous of the four bridges that span the Grand Canal, the Rialto Bridge is one of Venice’s most photographed sights. The current bridge, built in 1591, is actually the fourth bridge constructed on that spot. The very first Rialto Bridge dates all the way back to 1181, and it was built on pontoons. As commerce in Venice grew, the city needed a larger bridge, so it was replaced with a permanent wooden structure in 1250. 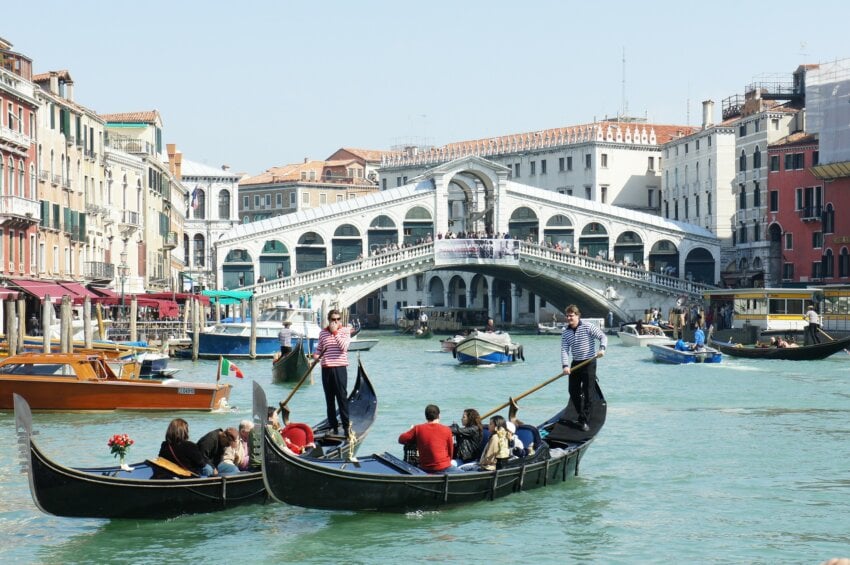 In the early 1300s the bridge was damaged in a fire during a political rebellion, and in 1444 it collapsed completely under the weight of onlookers during the wedding procession of the Marquis of Ferrara. A new wooden bridge was built — and it too, collapsed, in 1524.

The stone bridge you see today from the Grand Canal is the work of Venetian architect Antonio da Ponte, and of course there’s a story about its origin. Legend has it that da Ponte’s design received a lot of criticism from his peers. In fact, da Ponte was visited by Satan himself, who told him that the bridge would never open unless the first person to cross it pledged his soul to the devil. 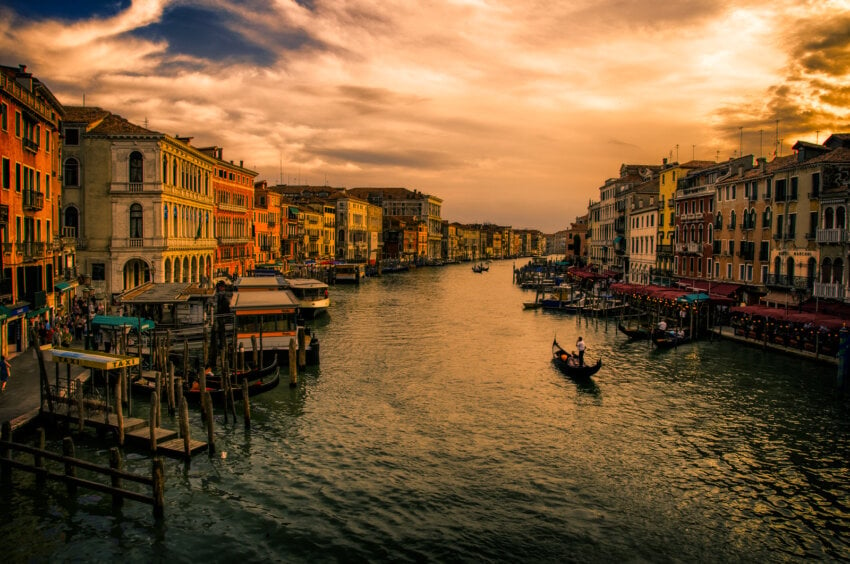 Da Ponte refused to make a deal with the devil, but Satan won in the end — the first person to cross the stone Rialto Bridge was da Ponte’s pregnant wife. The child was stillborn, and his soul is said to haunt the bridge to this day.

Also Read: 5 Essential Places in San Francisco You Must Visit

This spectacular 16th century palace on the Grand Canal was once home to the glitterati of old Venice — and now it’s available for rent as an exclusive luxury residence or the site for special (very special) events. Today the palace and grounds are filled with rich furnishings and majestic spaces, including Venetian marble floors, Murano glass chandeliers, and a classic Italianate garden.

Back in 1818, though, the palace had a far wilder reputation. For several years it was the home of the famous poet George Gordon, Lord Byron. Well known for his entourage of servants — 14 of them — and his pets — monkeys, dogs, cats, birds, and even a fox — he was equally notorious for his reputation as a ladies’ man.

As the story goes, Byron kept two separate entrances in the house: one for his girlfriends from Castello, and the other for his lovers from Cannaregio. The poet’s own diary lists an astonishing number of his conquests by name, and undoubtedly his famous poem “Don Juan” was inspired at least in part by his own romantic adventures.

Venice and its breathtakingly beautiful Grand Canal are certainly no stranger to romance. Equal parts business and beauty, history and dreams, there’s no place in the world like it. The best way to experience this remarkable city is on the waters of the Grand Canal — by vaporetto ferry or with a special someone in a traditional, unforgettably romantic gondola. 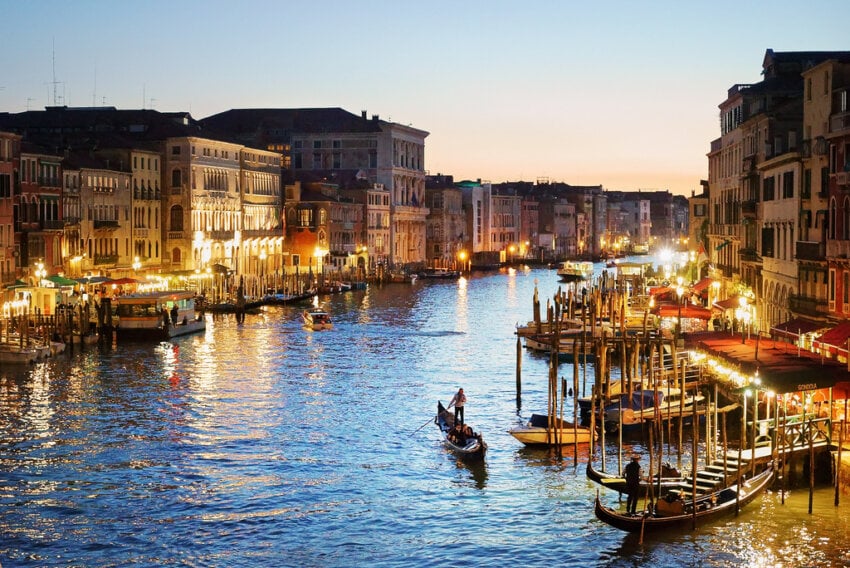