Costa Rica is one of the most beautiful travel destinations in South America. However, is Costa Rica safe to travel to? Here is a detailed answer to the question.

Being a beautiful country sitting between Panama and Nicaragua, Costa Rica is the hub of eco-tourism and a dream come true for nature lovers.

Since picturesque beaches and lush landscapes border the country, there’s plenty to do for fun, irrespective of your budget.

Fortunately, while other Central American countries faced the brunt of the Cold Water, Costa Rica escaped it and steered clear of gang violence too.

However, quite recently, the country has seen a rise in money laundering and drug trafficking.

But then again, that’s not much of a concern for tourism unless you’re planning to partake in these two illegal activities. So, is Costa Rica safe? For the most part, yes, considering they don’t even have an army.

But how safe is Costa Rica? Can LGBTQ, women, and solo travelers vacation safely in the country?

Keep reading to find the answers to all your questions.

How Safe Is Costa Rica?

Is Costa Rica Safe to travel to? According to the Global Peace Index, yes, it is.

Judging from the 2020 Global Peace Index that ranked Costa Rica 32nd out of 163 nations, the country is quite safe.

In fact, Costa Rica has gone two points up since 2019, which is an indication of the improvement in the peace situation in the region.

Of the 12 countries in the Caribbean and Central America, Costa Rica was listed as the most peaceful country.

However, that doesn’t eliminate the threat of crime and violence. 2020 also saw the rise of homicides going from 11.9 per 100,000 to 12.3. Again, this is a relatively minor threat, and most travelers have a smooth vacationing experience.

Still, you should take some precautionary measures to stay safe in Costa Rica.

Since it’s easy to spot vacationers from locals, you might be at a higher risk of cons and frauds. Here are some ways to stay safe:

Is Costa Rica Safe For Group Travels and Families?

Traveling with your family is even safer because you’re less likely to become a victim of theft when you’re in a group. Likewise, if you’re a traveling couple or a group of friends, you’ll be much safer in the country.

Make sure you’re always together when you go to the beaches or national parks. Even if you have to split up, create smaller groups. Don’t let anyone go alone to any tourist site.

Avoiding Scams: What To Know About Costa Rica?

If you’ve planned a week-long itinerary in Costa Rica, you’ll definitely have to use the local transport during this time. Here are two common scams you should know about:

Like many other countries, the cabbies in Costa Rica are likely to charge you higher, taking advantage of your lack of knowledge. You should research the standard taxi rates from your hotel to your destination before getting into a cab.

First off, make sure the meter is running. Some taxi drivers might tell you the meter is broken and give you a ridiculously high fare.

Refuse to sit in their cab and find someone with a running meter.

Second, check if the meter is moving properly. If it’s going outrageously fast, tell the cab driver to pull over before your fare comes to an unbelievable amount for a 2-mile distance.

You’re busy doing fun activities in Costa Rica, and this one gentleman – dressed remarkably – comes to you and offers a tour. In most cases, this person would tell you how their company is giving this tour for a much lower price than other tour companies.

They ask you for a deposit, and you happily pay, telling them the name of your hotel so that they can pick you the next morning for the tour.

However, the next day, no one comes, and by noon, you realize you’ve been scammed.

To prevent this, only book tours from authorized companies. You can also ask your hotel’s front desk, and they’ll recommend reliable tours. If you’re booking online, check the reviews before paying.

Is It Safe To Travel To Costa Rica? Zika Virus Threat

Recently, there have been no reports of Zika virus from Costa Rica, but the country had some cases previously. Even though there’s a low risk, you should be careful when vacationing there.

How Safe Is It To Travel To Costa Rica As A Woman?

If you’re a woman traveling in a group, you wouldn’t have any problems. However, if you’re a solo traveler, you must exercise caution, especially when going hiking or traveling to remote places. 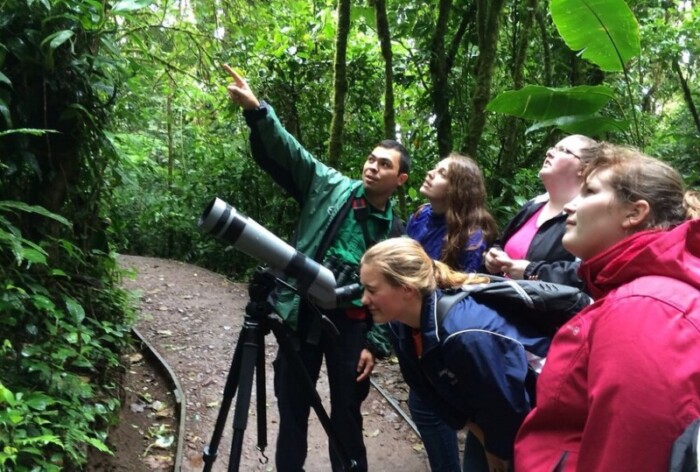 In recent years, women travelers have been subjected to sexual assault. Therefore, it’s better if women stay in hostels where they can group up with other solo travelers to be on the safe side.

San Jose can be risky for tourists, especially if you’re in the downtown area at night. Don’t go to the parks at night since they’re pretty dangerous for travelers. Plus, here are some neighborhoods you might want to avoid:

While Costa Rica has some stunning beaches, they may be a threat to tourists after dark. Don’t camp on the beaches. Instead, look for safe hotels or other accommodations.

Apart from San Jose, there are some other areas where you should be extra alert. For instance, Quepos is a small town near the Manuel Antonio National Park that’s infamous for robberies. Likewise, visitors have reported incidents of crime in Jaco and Tamarindo too.

Matina is another rural area lying on the Matina River that has a higher crime rate than the national Costa Rican average. Some other towns to stay wary of include San Carlos, Santa Rosa de Pocosol and Talamanca.

How Safe Is Costa Rica for LGBTQ Travelers?

LGBTQ travelers don’t have excessive instances of problems in the country while traveling. Costa Rica is more accepting and tolerant as compared to other countries in Latin American.

In 2020, the country became the first region in Central America to give civil marriage licenses to same-sex couples. However, the general tolerance varies from one place to another.

If you’re going to a rural area in Costa Rica, don’t indulge in public displays of affection to stay safe. Otherwise, you might attract unwelcome attention from the local population, who might not be so tolerant.

On a general scale, the tolerance for LGBTQ in Costa Rica is a tad bit lower than what Australians, Europeans, and North Americans might be used to.

As per the Costa Rica travel advisory, you should read the Covid-19 page on the Department of State’s website before coming to the country. Costa Rica has been given a Level 4 Travel Health Notice by the CDC due to the coronavirus.

If you plan on coming to the country, read the Covid-19 page by the embassy to get information about the transportation options and suspected lockdown. Here are some other things to check out:

You can learn from the Costa Rica travel advisory website.

Speaking of emergency situations, the best way to prepare is to get travel insurance. Some reliable options include Seven Corners and World Nomads. Both insurers offer trip interruption, medical emergencies, evacuation, trip cancellation, baggage loss, and other coverages.

If you’re uncertain about the right travel insurance company to choose from, search for options on Travel Insurance. Enter your trip details, and the website will give you coverage plans from more than 20 insurers.

How Safe Is Costa Rica for Your Health?

Apart from crime, you must also consider the health safety of a country before traveling. Costa Rica experiences a dry season from December to April. It’s the high season in the country.

Rains begin from May and go through till November. It’s also referred to as the green season in Costa Rica.

During these months, the country is relatively cooler, and you should expect afternoon showers.

Hurricanes are common in September and October. Although the prices are low during this time, tourism is the quietest due to the unpredictable weather. Luckily, hurricanes rarely impact the region severely.

During your Costa Rica travel, it’s alright to drink tap water, except when you’re in Puntarenas and Limon. Still, some travelers prefer bottled water just to be safe.

Back in 2019, several people died in the country due to drinking methanol-containing alcoholic drinks. Therefore, do not buy spirits or cheaply-priced alcohol on your Costa Rica travel.

Besides dizziness and headaches, methanol also causes vomiting. If you’re drinking high doses, it might lead to vision loss.

What To Know About Costa Rica Laws?

Whichever country you’re vacationing in, you should know some important local laws.

Ask for permission before taking pictures since it’s illegal to take snapshots of Costa Rican buildings. You should ask a local authority if you’re not sure about photographing a monument or special place.

Sex tourism is illegal in Costa Rica, although prostitution is legal.

Selling or buying drugs is illegal in the country. You may be arrested and face prison time. As for marijuana, it’s also illegal, although some locals might try to sell it to you.

Knowing these things is important to stay safe so as not to ruin your vacation.