Do you ever wonder about the popular Paris nicknames and the reasons and the history behind each name? We all do, especially when Paris has so many interesting and unique nicknames. Here is an interesting in-depth answer to all your questions.

Paris, a city that is associated with romance, art, culture, and fashion, is one of the most popular destinations in the world.

In 2018, the French capital broke the record, with 40 million tourists visiting. So what’s the reason behind this fame? The answer may be hidden in Paris nicknames, which we will discuss in this article.

In general, cities are no stranger to nicknames; the Big Apple for New York City, Venice of the North for Amsterdam, and Sin City for Las Vegas.

However, no city perhaps has as many nicknames as Paris. In fact, The Lebanese capital Beirut is often referred to as the Paris of the Middle East.

A few of the nicknames for Paris are a result of its rich and vibrant culture, even though it’s been through two World Wars.

Paris’s history goes as far back as 8000 BC. However, it was around 250 BC that it became a real town with the Celtic tribes living near the river. In 52 BC, the Celtic tribes were defeated by the Romans, who established their own city named Lutetia.

It wasn’t until the fall of the Romans that Paris became a big city. The first time it became a capital was in the time of King Clovis I.

It’s important to note that Paris was also at the center of the French Revolution, an event that many believe was a turning point in history, especially for democracy. 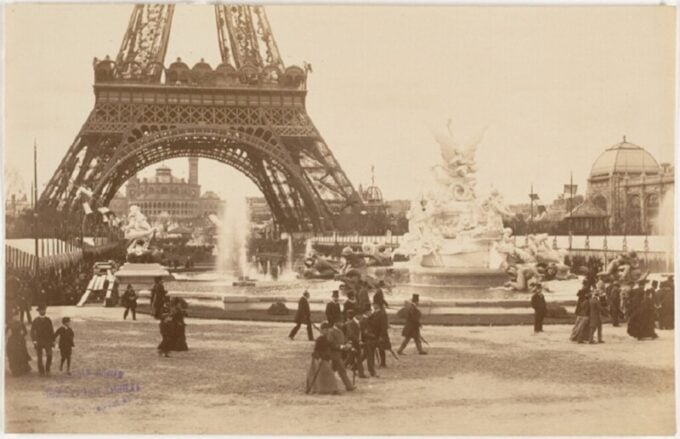 The French capital has been a center of culture throughout history. The exemplary poets and artists of Paris have provided some of the best works in art and literature.

Also, it’s home to some of the best museums. In terms of architecture, Napoleon gave the city its majestic buildings, bridges, and monuments in the 19th century.

Even though Paris has been through many wars and seen a lot of destruction, it has always returned stronger.

It was the center of the Bubonic plague and went through the 100 Years War. Then, it was also a victim of the two World Wars.

It goes without saying that Paris is a resilient city. You can see that in its architecture, how it’s managed to maintain some buildings as old as hundreds of years.

When a city has a past like that, it deserves some interesting nicknames to describe its qualities.

Many of its nicknames are pretty old and have stuck through time.

Let’s have a look at the famous nicknames of Paris and learn the history behind them.

The most common nickname for Paris you’ll hear is the City of Lights or in French, La Ville Lumièr. 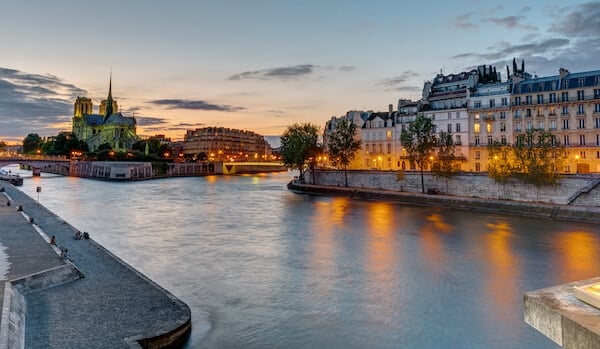 The origin of this nickname and the reason behind it is a common misconception. Most people think Paris has this nickname because it’s too bright.

From churches to bridges, everything is full of lights.

However, the main attraction is the Eiffel Tower, which is the winner with its 20,000 bulbs lighting up each night.

There’s a ton of people that say Paris may be overrated but you can’t lie that when the lights turn on it’s pretty beautiful.

It would not be wrong to call Paris the City of Lights because it’s too bright.

However, the origin of the nickname goes beyond its modern-day glow. Some say it’s because Paris was one of the very first cities to get electricity, which made it bright.

The exact origin of the name lies in street lights spread across the city. In the mid 17th century, the city was facing a bad law and order situation.

The King, Louis XIV, wanted to restore the city’s peace. One of the measures included installing street lights everywhere so that criminals could be visible to the police at night.

This may be the origin, but the name truly became popular in the mid 18th century or the so-called Age of Enlightenment.

Interestingly, the light in the nickname does not necessarily mean the light from bulbs. In reality, it means light from knowledge.

During this time, Paris became the center of the educational and scientific revolution.

The city produced a lot of remarkable poets, writers, artists, philosophers, and scientists. The name became popular at that time and has remained so until now.

Paris also enjoys being the City of Love and Romance. You’ve probably seen at least one romance movie shot in the city. In fact, popular culture has contributed to this nickname becoming popular.

With movies like Funny Face and Midnight in Paris, the city has created its very own romantic image. However, there are several other reasons behind the name too.

One possible reason for Paris getting the nickname City of Love is because Parisiens themselves are quite romantic. Yes, we’ve all heard that Parisiens can be snobs, but the truth is that they are romantics by nature. 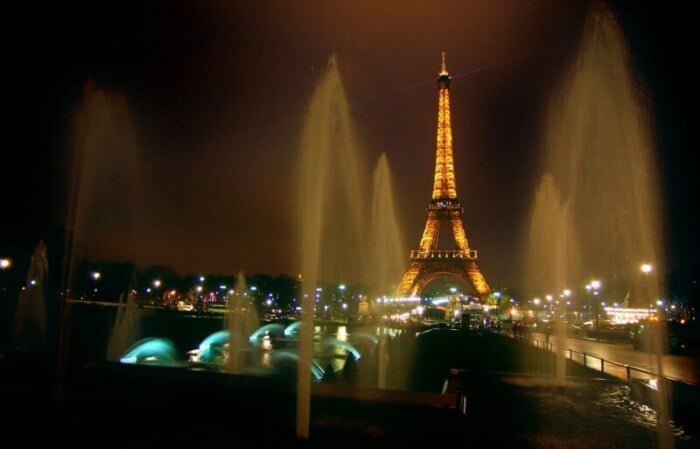 One of the most popular attractions in the city is Pont des Arts. The bridge features padlocks on its railings. Couples put a lock together and throw away the key, symbolizing their unbreakable bond of love. That alone is enough for Paris to get this nickname.

If you’ve ever visited the city, you would know what ‘love is in the air’ is all about. The many gardens, the historical architecture, and the wealth of culture will make you fall in love with the city, if not with a person. In fact, this is one area where it even beats London and New York City.

Another exciting place in Paris is the Wall of Love, with over 300 declarations in so many languages. The city is also a top destination for weddings.

Couples from different countries head to the city for their dream wedding and take pictures in front of the Eiffel Tower.

Paname is French for Panama, the Central American country. However, this nickname for Paris does not come from that country, rather the caps from there. Panama’s signature hats became popular in the capital in the early 20th century.

It’s more of a slang name, and you’ll see it around Paris as many cafes and bars have this name. There’s even a song about Paris called ‘Amoureux de Paname’ by Renaud.

What’s more, a brewery also has the name Paname. However, Paris is not really a beer place, for that you should head to Bavaria.

Paris is the undisputed world capital of fashion with Haute Couture as its main focus. The city is the birthplace of Haute Couture; the high-fashion clothing made entirely with hands. Home to leading fashion houses like Chanel, Dior, Saint Laurent, and Louis Vuitton, it’s fashion week rule all over the world. 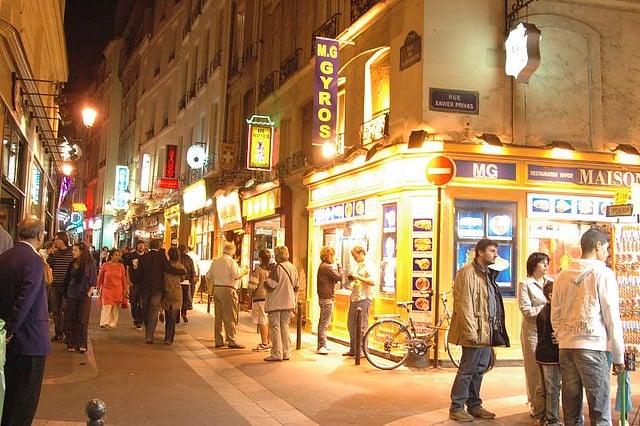 France established itself as the leader in fashion as early as the 16th century. While other countries had their own specialties, France decided what everyone worldwide would like to wear.

Designers in Europe, as well as in the US, followed what was happening in Paris.

It’s home to many ateliers and fashion houses that have been around for centuries now. You can even see the fashion on the street.

Today it’s more urban, but back in the day, women in Paris looked like goddesses with their larger-than-life gowns.

Well, the nickname is hers, but Paris shares it too, thanks to the Eiffel Tower.

The Eiffel Tower is all wrought iron, hence the nickname. Since it’s iconic for Paris, the nickname applies to the city too. However, you probably won’t hear it much, as it’s not as popular as some of the other names.

Parigot is actually a nickname for Parisiens in France. People from other parts of France refer to people from Paris as Parigots. However, it has a slightly negative connotation.

In France, they usually mean to call the person snobbish if they are using the term Parigot. That has not stopped the word from becoming a nickname for the entire city.

This is normal as most people living in big cities often have to bear the burden of being snobbish or pretentious. It’s just one of those things you get used to when living in a big city.

Next among the list of popular Paris nicknames is Lutèce that comes from the Roman name Lutetia. In Roman times, where Paris is today was a city called Lutetia. You can even find the name in Julia Caesar’s memoir.

The remnants of the city of Lutetia are still present in Paris. The Arènes de Lutèce on the Fifth Arrondissement is a Roman amphitheater.

Today, Lutèce has become a hip nickname for the city. You will see it at cafes and shops all around the city.

The origin of this name is unclear, though. It’s a common belief that it’s a Celtic name. The meaning of Lutetia is a marsh or swamp. While Paris is not exactly a swamp, it does have River Seine flowing through its heart.

The name Paris comes from the word Parisii. Paris was not called Paris until 887. Before that, it was Parisios, and even before Parisios, it was known as Parisii. So that’s the origin word for the name Paris itself. 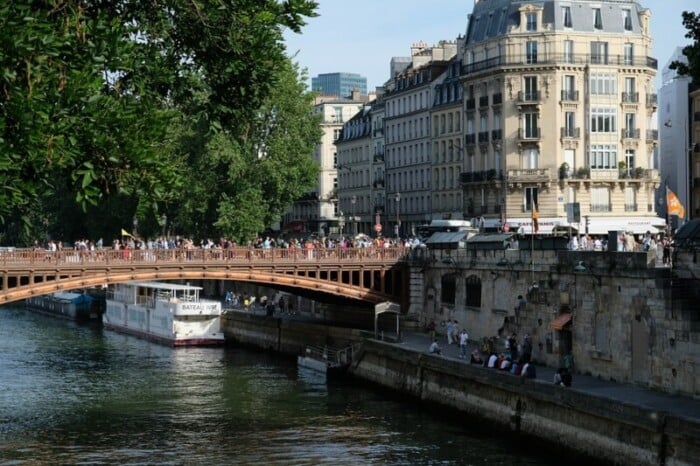 It’s not one of the popular Paris nicknames, but you might find it in old literature. Parisii was the name of the Celtic tribe that inhabited the area of present-day Paris between 250 and 225 BC.

At least, if you ever visit Paris and someone calls it Parisii, you’d know why.

Pantruche sounds quite cool, and for that reason, it has become popular with restaurants and cafes in the city.

Whatever you call Paris, it’s a city of many faces, colors, and names. It has earned its position for being the capital of lights, love, and fashion. Although there’s no nickname regarding the food of Paris yet, there should be one, as it’s also a culinary destination for many.

We’ve all seen pictures of Paris online and in magazines, but it’s one of those places you have to visit to get the real picture.

If there’s one word to describe the French capital, it’s magical. Make sure Paris is in your to-visit list whenever you plan to travel next.

via travelers is a modern travel blog helping you learn the best travel tips, itineraries, and hacks to explore the world.