Welcome to Pennsylvania. Home to the Philadelphia Eagles, Pittsburgh Steelers and so much more. Pennsylvania is a large state with varying cultures depending on which side of the state you are on. Here’s a guide to multiple Pennsylvania slang terms you need to know.

We also have the Amish, Pennsylvania  Dutch, The Pocono, Allegheny Mountains, and the Pittsburgh Steelers. When you think of Pennsylvania most people think of two things. 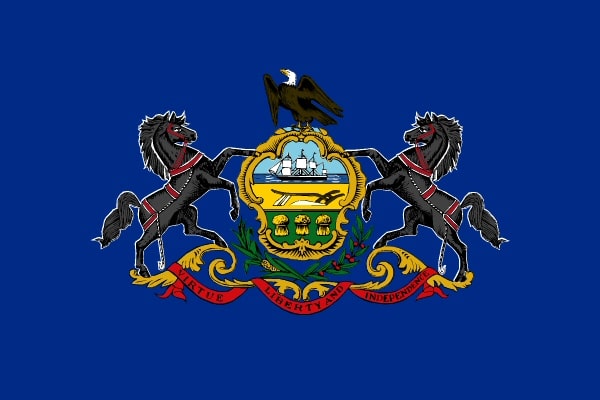 They are Philadelphia and the Amish. Contradictory to what people believe the entire state is not Amish, or Mennonite and Philadelphia is not the whole state.

It is just a city that is part of Eastern Pennsylvania.

This means that there is slang from all different areas throughout the state.

Furthermore, in this article, it’s time to learn some Pennsylvania slang terms to know.  There is more to the state than what most people think.

In the middle of the state, Allegheny Mountains run through.  If you keep driving straight on the Pennsylvania turnpike then eventually you will hit Western Pennsylvania. This is home to the 412 or as it is well known as Pittsburgh.

Whether you visit or live in Pennsylvania you come to learn certain slang terms depending on where in the state you live.

The same word has three to four meanings depending on who is saying it and wherein the state you are located at.

To describe pop, Coke or soda are examples of words that are the same in meaning but said differently across the state.

Starting with the well-known most eastern city in Pennsylvania… Philadelphia.

Philadelphia,  known as Philly or the city of brotherly love. It is synonymous with the Liberty Bell, Independence Hall, Rocky steps, and Fresh Prince of Bel-Air.

Slang terms of this area are cheesesteak- this has the most literal meaning. The meaning of this slang term is a long sandwich filled with chipped steak, sauce, onions served open-faced.

Philly is known for their cheesesteaks and while there is some local competition for who makes the best cheesesteak between Pats and Geno’s just ask a local and they will send you somewhere else to get one that’s just as good if not better. First off when you order know what you want and have your money ready.

Some advice for people who are going to Philidelphia, do your research on the areas that you are going to visit or want to visit in the city.

Every city blocks dynamic changes one part can be nice and safe while the next block can be a little rougher.

Once you are done with Philadelphia and go north you will come across the Lehigh Valley, this is Allentown and Lehigh.

This area has some infusion of cultures from the Pennsylvania Dutch and Amish which are located south of the Lehigh Valley. In addition to some influence from Philidelphia and the Pennsylvania dutch.

Here are some Pennsylvania Slang Terms to Know about the Lehigh Valley.

Now moving to the southwest across the state you come across Lancaster next.

Here Lancaster is known for tourism and the Amish. This is Pa dutch county where the portions are big and everything is closed by nine on the week and five on the weekends.

In this section, here are some Pa Dutch/ Amish and Lancaster Pennsylvania slang terms to know.

Amish farmhouse with barn and silo

Here are some well-known Pennsylvania slang terms for food.

See Related: Best Things to do in Amsterdam, New York

When traveling westward across the state you come across mountain towns that are built into the Allegheny mountains. Keep driving west and eventually, you will hit the city of Pittsburgh.

Further on you will land in Ohio, to showcase how far west Pittsburgh is.

This section is all about how to talk like a Pittsburgh local and the western Pennsylvania slang terms to know. 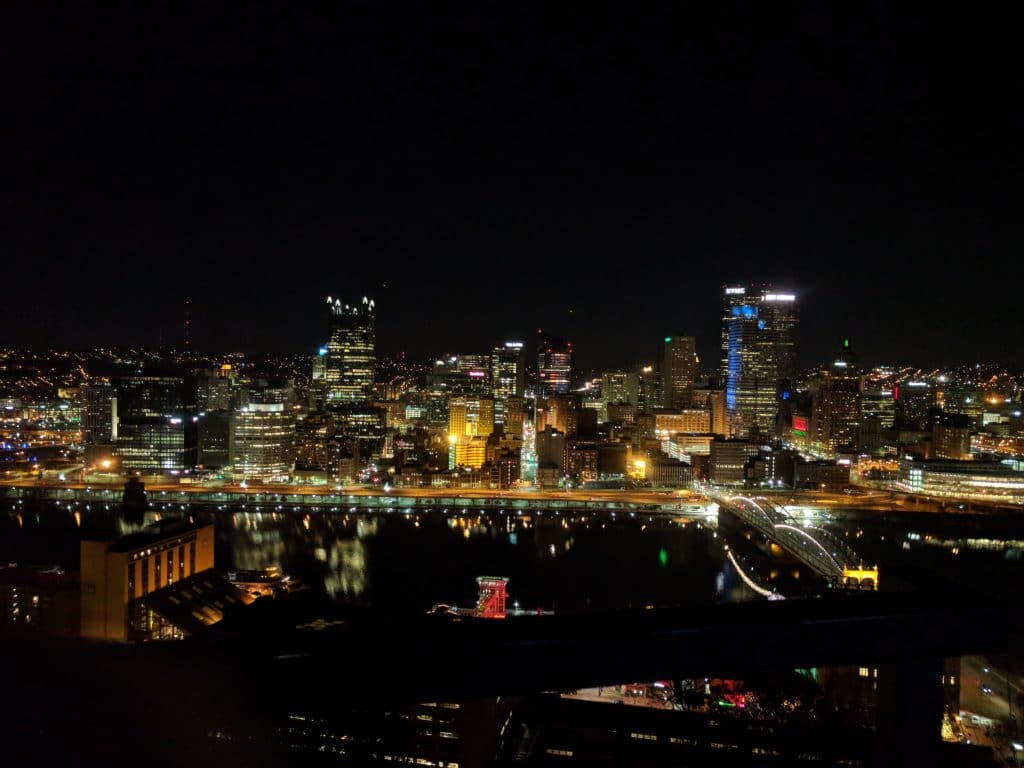 Pittsburgh skyline views from the incline 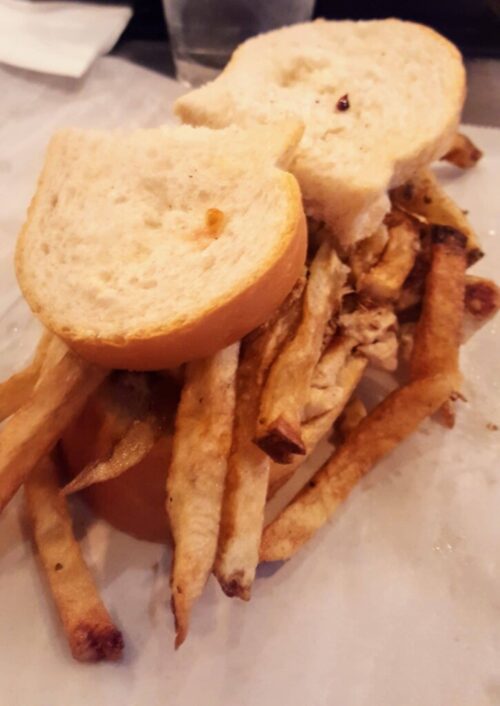 See Related: Proven Ways to Save Money for Travel

They are not necessarily accurate but however everywhere in the world has them for good or for bad.

In addition, a good part of them started through the silver screen.

Everyone being Mennonite is any other stereotype of the area and they dress similarly to the Amish, except for some more mainstream clothing brands. Mennonite women also are more likely to wear long skirts and wear ponytails and braids in their hair.

There is a part of the town where all the tourists go. The locals here do not eat at buffets and smorgasbords all the time, nor do most people go to the gift shops.

See Related: Why Traveling is Important

One of the other types of stereotypes in Philadelphia is that they are big flyers fans as it is the locals’ professional hockey team, some are even die-hard fans for their team. The Italian guido type of person is another common personality you will see in the city.

Everyone wants to run up the same step that Rocky did at the Philadelphia Museum of Art.

Although many movies were shot in Philly including Rocky, National Treasure, and Silver linings playbook, the city is very different than what is showcased in films that feature different parts of the city.

The nice part of Philly is by Rittenhouse square is the rich part of the city. There are also a lot of museums in that area.

Furthermore in Pittsburgh, everyone does not yell yinzer at each other while eating perogies and waving a terrible towel. People are die-hard fans and extremely passionate about the local football team the Pittsburgh Steelers.

If you walk around downtown on game day before the game subsequently you will hear the Pittsburgh black and yellow song, as well as a few other Pittsburgh, themed songs. 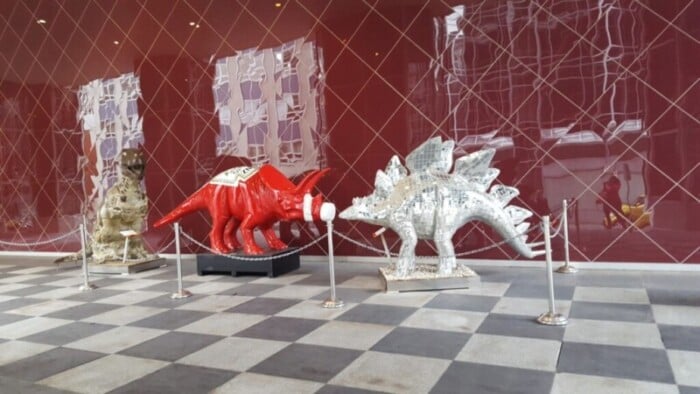 Other Fun Facts and Pennsylvania Sayings Terms to Know

Weird town names and how to pronounce them:

Now you know how to talk like a local Pennsylvanian and have learned all the important Pennsylvania Slang Terms, it’s time to learn some other states’ slang.