Deciding whether to visit Warsaw vs Krakow? Check out our guide to the differences between Poland’s two largest cities.

I breathed a sigh of relief as I left the train station and emerged into the brisk night time air. The bright lights of the Palace of Culture and Science appeared in front of me.

Want to Travel the World for Less?

The purple and blue of the high rise buildings guided me in the direction of my apartment and let me know I had nearly made it home.

Or at least to my temporary summer home in Warsaw, Poland. Living in Warsaw for three months, that is what the city had become—a home.

I loved the thrill of traveling all over Europe and exploring different cities within Poland.

But, whenever I made it back to Warsaw I just felt an instant sense of comfort. Nowhere else that I visited in or out of Poland during my travels gave me the same feeling.

Yet, upon return to the United States I was shocked to learn that Americans talk more about the city of Krakow. To me, Warsaw, was the place to think about first and foremost.

Naturally, I’m a little biased having spent time living there. Everyone is a little bit biased towards a place where they spend more time. 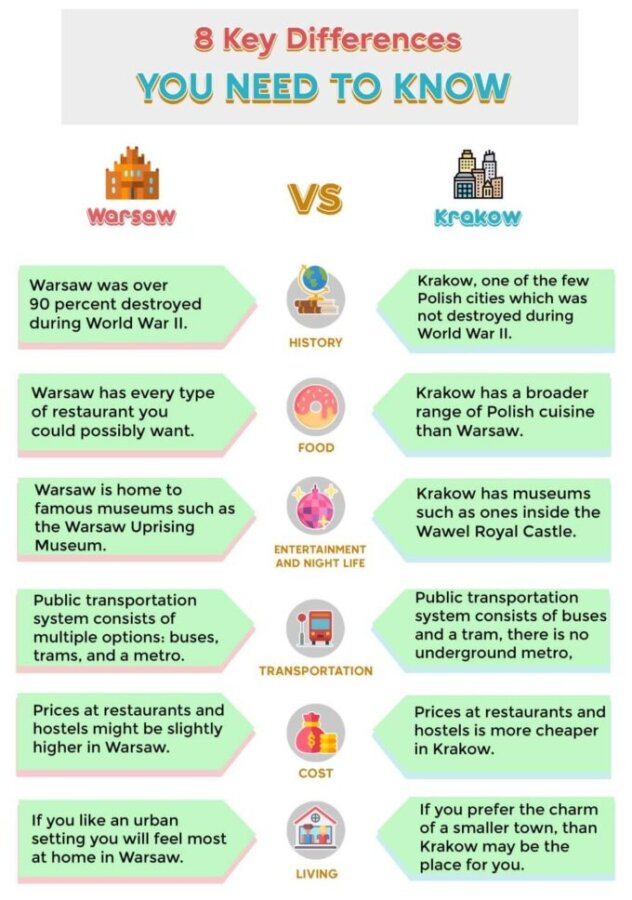 So, what are the key differences between the two largest cities in Poland? Here are some things to know in order to make a well-informed decision on where to travel.

The History of Warsaw vs Krakow

Warsaw was over 90 percent destroyed during World War II. What you see today in Warsaw is an Old Town that was rebuilt using pictures of the former town to replicate the town as closely as possible.

There is also a modern city that was rebuilt during the time of Communism and the years following. 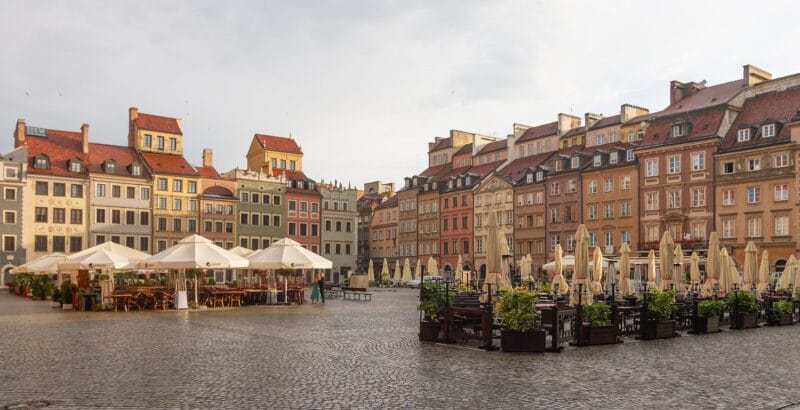 Krakow, however, is one of the few Polish cities which was not destroyed during World War II.

The General Government declared Krakow as their capital during World War II. Krakow became a territory governed by Nazi Germany.

This allowed the city to escape the damage that was the fate of most other cities in Poland. The architecture in Krakow has been preserved for centuries and is the original buildings.

Both cities have plenty of history to learn about—the history is on every street. It is simply a question of whether you would rather experience history in a place reproduced to look like an original or whether you want to walk the streets with a view of buildings that witnessed the history themselves.

While Warsaw is the capital of Poland today, at different points in history Krakow was the capital.

It is no surprise that there are so many reasons to visit both cities—both have been centers of academic, economic and cultural life.

Like many large cities, business people and students make up a good percentage of the population of Warsaw.

Krakow, however, is the most popular tourist destination in Poland—no wonder Americans speak more often about Krakow than Warsaw.

Warsaw is by far the largest city in all of Poland in terms of its amount of space. The city is spread out and covers 199.71 square miles.

Krakow is more compact and smaller, but extremely tourist-friendly. The city covers 126.3 square miles. Even though Krakow is smaller than Warsaw, it is still the second-largest city in Poland.

Food Comparison in the Two Cities

As an international city, Warsaw has every type of restaurant you could possibly want—Indian food, Italian food, Chinese food, and yes, Polish food. From breakfast to dinner if you are a picky eater Warsaw will not fail to provide you with something to eat.

The food scene in Warsaw is very receptive to newer forms of eating—there are many vegetarian and vegan restaurants throughout the city.

For any chocoholics, Warsaw is home to a Polish candy company. Wedel Pijalnia’s, essentially cafes focusing on the chocolate dot the entire city—do I need to say more than that? 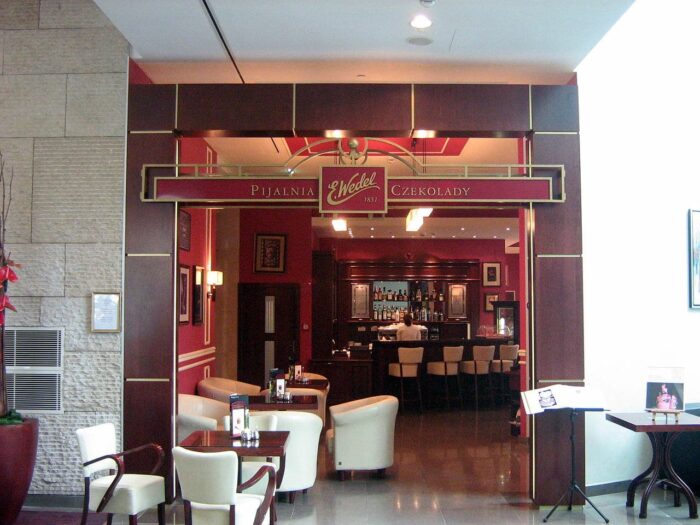 If you want to try local food unique to Poland, Krakow will attract your attention. Krakow has a broader range of Polish cuisine than Warsaw, where international flavors often get mixed in.

Obwarzanek krakowski is one of the specialties of Krakow. Street stalls sell the food item everywhere in the city.

A braided, ring-shaped bread that is boiled and sprinkled with a topping such as salt or poppy seeds, it resembles a bagel on the outside, but tastes like a soft pretzel.

Obwarzanek krakowski are best when eaten fresh out of the oven. They only last a few hours before getting stale—but they make for the perfect snack on the way to and from locations. 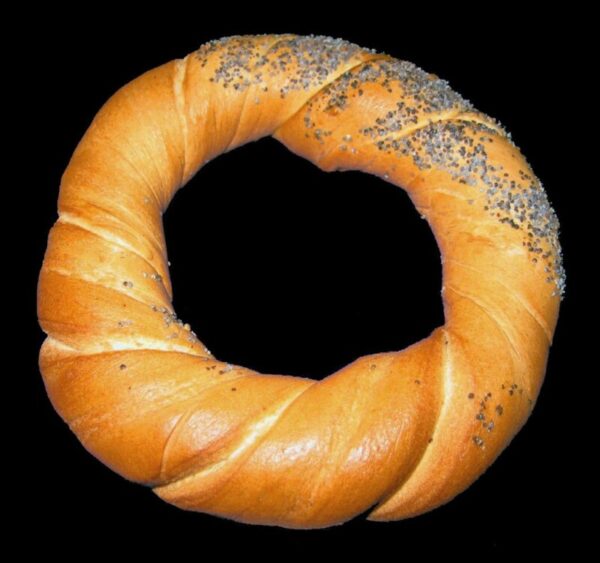 Both Warsaw and Krakow have traditional milk bars, cafeterias where you can get an entire meal of  Polish food for super cheap.

As long as you don’t care what food you are served, milk bars are a fun experience–the people who work at milk bars usually do not speak English.

See Related: How to Become an Online Travel Agent

Both Warsaw and Krakow have plenty of museums and castles to keep you busy for days.

Warsaw is home to famous museums such as the Warsaw Uprising Museum, the POLIN Museum of the History of Polish Jews and the Copernicus Science Centre.

A hidden gem of the city: the rooftop garden above the University of Warsaw library…a great place to escape city life while maintaining the city views.

Check out these other top things to do in Warsaw. 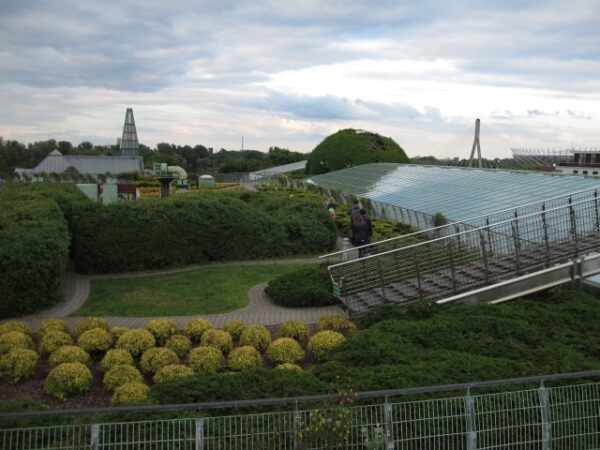 Additionally, Warsaw has tons of green spaces. It’s most well-known place to hang out for some fresh air is Lazienki Park. This is the largest park in Warsaw and not only has acres of green land but also is where you can visit the Royal Castle.

Krakow has museums such as ones inside the Wawel Royal Castle, Oskar Schindler’s Enamel Factory Museum, and a number of museums inside pre-World War II synagogues.

Planty Park surrounds the Old Town of Krakow and is a nice place to sit and people watch. Check out these other top things to do in Krakow.

While Warsaw’s Old Town is not the place to go for a night out, since it is usually quiet late in the evenings, Krakow is famous for its unique, old cellar bars and clubs, right in the center of the historic Jewish district, Kazimierz.

Make sure to validate your ticket right as you get on public transportation in order to avoid a fine.

On the other hand, in Krakow, most of the main tourist locations you will want to visit won’t be far from one another.

Krakow’s public transportation system consists of buses and a tram, there is no underground metro, but you don’t need it anyways.

You can get by an entire visit in Krakow without ever having to use public transportation.

See Related: How to Spend 48 Hours in Zagreb

Overall, no matter where in Poland you go, Poland is an extremely cheap and affordable travel destination. You will notice pretty quickly how far the American dollar can take you in Poland.

One of the reasons Poland is so affordable is because Poland uses its own currency called Zloty, and does not use the EU’s standard currency of the Euro.

Due to the nature of Warsaw being a cosmopolitan city, Krakow is the cheaper of the two cities. (It is all relative however considering how cheap Poland is).

The prices at restaurants and hostels might be slightly higher in Warsaw than in Krakow–maybe one dollar more expensive. In the summertime, you won’t find much of a difference in costs between the two cities.

When choosing which city to travel to I wouldn’t worry too much about which location is cheaper. There really is not much of a difference in pricing between Warsaw and Krakow.

In both cities, you will be astonished at how cheap you can get a good quality meal.

Living in Warsaw vs Krakow

So you have decided that vacationing is not enough for you. You are going to move to Poland.

Where you live ultimately depends on the scene you want to be surrounded by on a daily and nightly basis.

If you like an urban setting you will feel most at home in Warsaw.

But, if you prefer the charm of a smaller (but still pretty big) town, then Krakow may be the place for you.

While Warsaw is more of a business city, Krakow has more of a cultural feel.

But since Krakow is filled with tourists, if you prefer living without the rush of tourists than Warsaw may be a better place to live.

Conclusion on Warsaw vs Krakow

Warsaw might always be one of my homes but next time I’m in Krakow I’m certainly excited to spend some more time there and give the city a better chance.

Both cities really have so much to offer.

If you can, rather than make a decision between the two, you are better off just visiting both cities. The narrative of the country feels incomplete without learning about both locations.

You can travel from one city to the other in 2.5-3 hours via train. 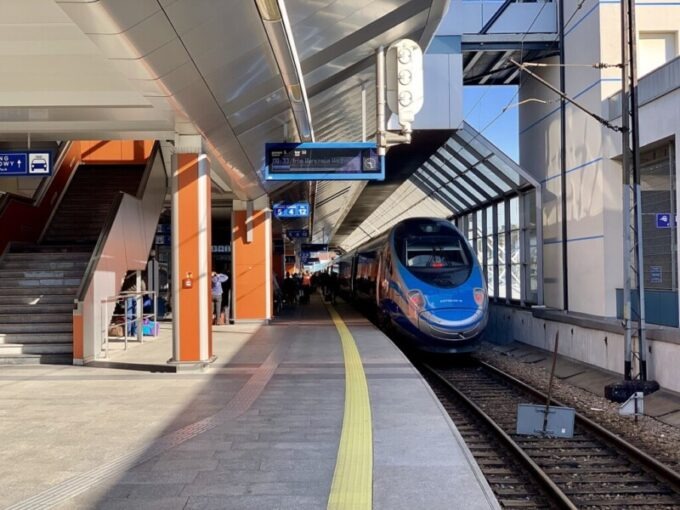 But if you don’t have the time and must choose between the two cities, hopefully, this guide will help you figure out which city is more for you.

There are unique components to both Warsaw and Krakow. Deciding where to travel ultimately comes down to what you hope to see and get out of your trip.

via travelers is a modern travel blog helping you learn the best travel tips, itineraries and hacks to explore the world.