Planning a whistlestop tour of Northwest Europe and want to cover ground quickly? Got a business trip sending you from London to Paris, or Paris to Brussels, or Brussels to Amsterdam? Hate airports and flying? Afraid of driving in a foreign country? Then you should think about booking a ticket to ride the rails under the English Channel or scorch across France, Belgium and the Netherlands – I’m talking of course about the Eurostar.

Like most airlines and long-distance rail carriers, Eurostar has different classes for you to select to suit your budget and/or comfort.

As an experienced Eurostar traveler (predominately from London to Paris and back again), I have broken down the three different classes that Eurostar offers.

Still wondering what Eurostar ticket should you purchase, or what the difference between Eurostar standard and the premier is, read on, as we ask; Eurostar Standard vs Premier: What’s better?

Why Travel Eurostar instead of Flying?

This international marvel of rail travel connects 4 nations in Northwest Europe with a cheap and lickety-split mode of transport that sees millions of travelers each year.

Eurostar is fast, not by the standards of an airliner which is genreally cruising between 250-500mph, but as far as trains are concerned, it’s pretty darn speedy and has no stops between the major hubs.

A good rule of thumb is that in terms of actual travel time, a trip on a Eurostar train will take twice the amount of time it would take to fly the same trip.

For example, a flight from London Heathrow to Paris Gare du Nord will take about 1hr 15mins, while a Eurostar trip from central London to central Paris will take just under 2hrs 30mins

“That doesn’t seem faster” I hear you grumble, but unlike flying, you don’t have to show up at the airport at least an hour early to check-in or have anywhere near the same security checks or restrictions to endure, and when your journey ends, you’re not at an airport near-ish your destination, you’re there, in the heart of where you need to be, which is infinitely more convenient too.

You also have a better baggage allowance than most airlines, as no matter the class you pick, you’ll be allowed to bring (at least) two items of luggage weighing up to 20kgs (44lbs), and one carry-on bag for no extra cost.

See related: Airwander Review: Is It Worth It?

Air travel is one of the safest modes of transportation, but Eurostar trains are also extremely safe.

Plus you don’t have to worry about turbulence, airsickness, getting up and walking around the cabin, or having your seatbelt fastened.

Eurostar trains are also pretty comfortable. Standard seating on Eurostar trains is far more comfortable than the economy equivalent on an airliner – and most economy plus seating arrangements for that matter.

The Standard carriages are much more spacious than aircraft cabins, the seats are bigger, comfier, have more legroom, most seats come with electrical outlets, USB ports, and there are no worries about moving around the carriage.

Plus, there are carriages that offer family table sitting arrangements, and the toilets are far less cramped than those on aircraft! 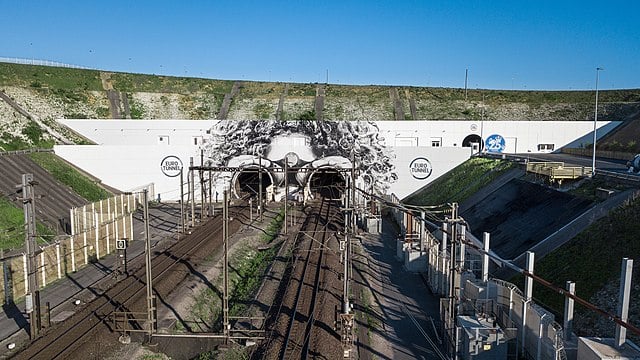 Cost-wise, Eurostar generally beats airlines by a sizable margin. Like airfares, Eurostar’s ticket rates fluctuate around the year, and there are frequent offers through Eurostar, Eurail, and other third-party companies to slash the cost to almost pennies.

PRO TIP: Eurostar tickets go on sale about 150 days before departure and the cheaper Standard tickets get snapped up real quick! Also, the earlier you book, the cheaper your ticket will be!

The average cost for airfare is honestly pretty close, but when you consider that no airline is going to give you the same baggage allowance (and many will charge for any non-carry on luggage), Eurostar is the better bet.

It’s also worth mentioning the additional costs you will inevitably incur from flying, such as taxis, to and from airports, choosing your seat on the flight, and so on.

As mentioned earlier, there’s huge scope for getting a deal on a Eurostar ticket if you do a little shopping around. I personally have paid as little as $25 for a standard return ticket from London to Paris. Plus, Eurostar offers discounted rates for kids under 12 and kids under 4 ride for free!

Then there’s the environmental cost. It’s an uncomfortable fact that planes are pollution machines that spew out millions of tons of harmful CO2 into our atmosphere each year.

A Eurostar train produces 90% less CO2 than the average airliner.

Having a Eurostar ticket can gain you free or discounted access to hundreds of museums and galleries in the UK, Belgium, France, and the Netherlands.

The last thing worth mentioning is that Europe is pretty small (relatively speaking), making rail quite practical, and Europe is beautiful in almost every corner. Do you really want to miss those postcard views because you’re flying tens of thousands of feet above it, or concentrating behind the wheel in a new country?

Trust me; the best way to travel across Europe is by rail.

The Difference between Eurostar Standard and Premier…and Business Premier.

The standard fare is the cheapest, most prolific, and most popular fare Eurostar offers. With your standard ticket comes:

The cost for Standard Premier class runs to approximately double the cost of a Standard class ticket at the low end and about a quarter more of the cost at the high end. With that ticket comes: 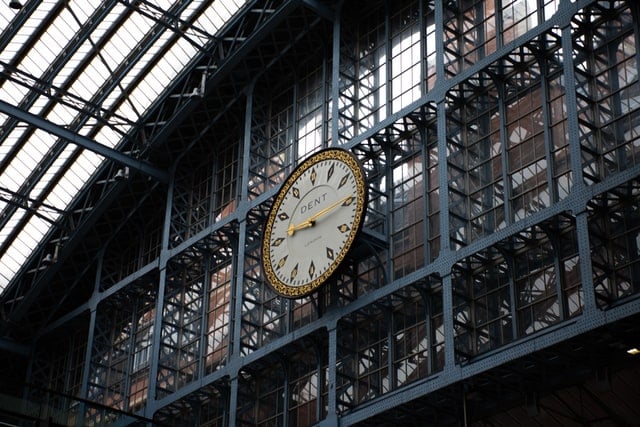 Having traveled in all three classes at least once, I have a few things to say about each. Let’s take a look at some of their pros and cons.

See related: How Much is a Trip to Amsterdam? A Full Cost Guide 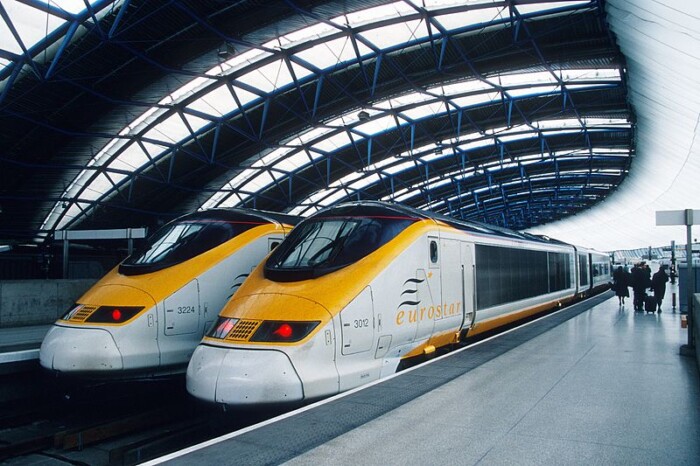 Eurostar is a fantastic way to get around the major population hubs and capitals of 4 northwest European nations making it perfect for those travelling for business or a speedy tour of the UK, France, Belgium and the Netherlands.

From my personal experience, I would prefer to take the Eurostar versus flying to and from these locations any day of the week, based on its comparatively low cost, level of comfort, amenities, and generous baggage allowance. Any time you lose during the actual journey itself is more than made up by the time you save from avoiding all the other time drains that come with international air travel.

Plus, traveling around Europe by rail is one of the best ways to move quickly and witness the urban and rural beauty of thiscorner of the world.

When it comes to breaking down Eurostar Standard Premier Vs Business Premier Vs Standard, I don’t really have anything bad to say about any of them, considering what you’re getting for the money.

I recommend all of them, but here are my final thoughts:

I really like Standard, and have used it the most because it is an extremely cheap way to get from one country’s capital to another.

Having to put up with less legroom and fuller, noisier carriages isn’t perfect, but when you consider most journies will be under 3 hours, it’s a pretty small sacrifice – even smaller when you rememeber that with the Standard Class, you’ll still get more space and legroom than you would on a airplane.

The only real rub is the lack of complimentary food, but again, short journies mean you likely won’t need to feed, cheap tickets mean you’ve got cash to buy food (which you can at EVERY station), and the food available from the Café Métropole carriages on each train is inexpensive and top notch.

On the other side of the spectrum, Business Premier is probably my least favorite, but that’s just me.

Sure, it’s the most convenient, accomodating, and those Raymond Blanc meals are about the best thing you’ll ever eat on a train or plane, but the cost can be a little steep, especially if you’re expecting an exclusive Business class carriage.

If you’re just looking for more legroom, Standard Premier is the better option, as you’ll be in the same carriage you would be if you paid for Business Premier.

Fortunately, the fares stay at a fairly consistent price all year, but for the price you’re paying for the distance you’re traveling, you might as well buy a plane ticket.

For me, the best things about the Business Premier Class are what you get before and after your journey.

Getting to chill in the lounge beforehand (and after) and check in leisurely without having to put up with lines is pretty special.

Likewise, the taxi service is extremely helpful. If you have the scratch, can’t abide crowds, or have to get from A to B as seamlessly as possible, this is the best one for you.

All-in-all, I find Standard Premier is the most well-rounded option of the three. As someone suffering from what my spouse refers to as a “tall man’s plight“, I find the additional cost is worth the bigger seat and extra legroom, especially when you remember that you’re in the same carriage as those who paid for Business Premier!

Not having a 3-course meal isn’t the worst thing in the world, as the light complimentary meal is reliably good quality, well-prepared food, on real flatware with real cutlery.

I’ve only had one bad meal with Standard Premier and was able to exchange it immediately, and it was STILL better than most of the airplane food I’ve ever had!