While traveling around Europe, have you ever noticed the different names people use for what most of us know as Germany? Most local Germans call their homeland Deutschland, while the Spanish use the name ‘Alemania’ for the country.

In Poland, Germany goes by the name ‘Niemcy.’ To summarize, this country has almost six different names, but why is there this variety? 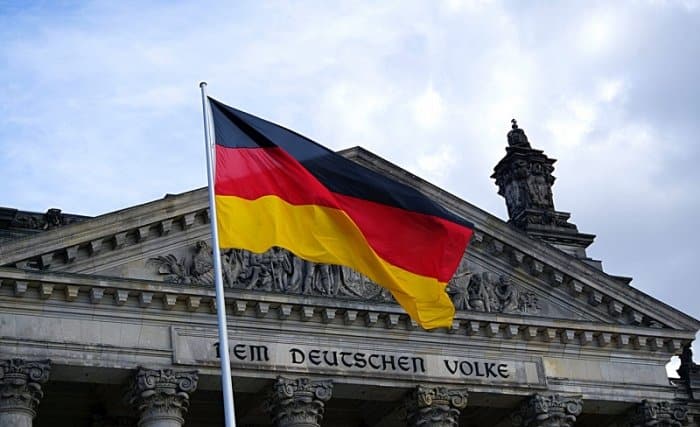 And why do we call Germany Germany and not, let’s just say “the beer land” (I just made that up)?

It does feel like a mystery, and I am here to solve it for you.

What Is the History of Germany?

Before we dive into the story behind the name and origin, let’s take a brief look at Germany’s extensive and exciting history.

Germany is a large country in northern Europe that is home to more than 82 million people. However, the Germany you find on the map today didn’t become a country. Just like that.

It is a product of complex history that started with a very renowned figure, Julius Caesar.

To make it more understandable here is a quick yet detailed story of Germany’s past.

Why Do We Call Germany Germany: The Story

In 500 BC, powerful Germanic tribes moved to the northern part of Germany. They fought against the Roman Empire led by Julius Caesar.

The tribes won the war and inhabited northern Germany as their home. However, the rest of the country was still under the control of the Roman Empire. 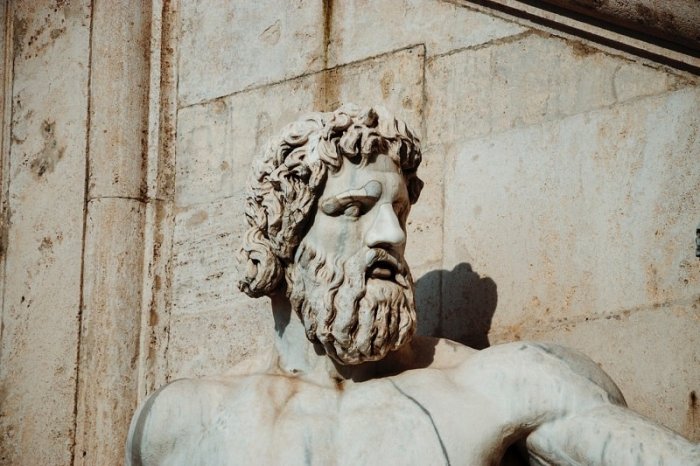 After the fall of the Roman Empire, Franks conquered the Germanic Tribes and won over their land. They came under the control of Charlemagne, who is still famously referred to as the “father of the German Monarchy.”

Following this division, in 936 CE, Otto I became the king of Germany and the ruler of the Holy Roman Empire. From this point on up to 1918, many changes took place.

There was a thirty-year-long war and the establishment of the Kingdom of Prussia in this region. Then, 1914 marked the beginning of World War I, which ended with Germany’s defeat.

In 1933, Adolf Hitler became Germany’s Chancellor and initiated World War II. While Hitler successfully conquered much of Europe, Germany faced another defeat against Britain, United States, and their Allies.

This war divided the country into two parts, East Germany and West Germany.

The Soviet Union ruled East Germany. However, the western part was a free state.

They had a Berlin Wall between them to keep locals from escaping from their respective regions.

When the Soviet Union collapsed in 1989, the wall was no longer there, and Germany became a single country.

In 1991, Berlin became the capital of Germany, and Euro was declared the official currency; that was it!

Phew! With such a history, Germany is a country that has seen it all. However, there is something else you should know too.

The place you and I refer to as Germany has more than one name. While it may sound strange, this fact is worth reading.

Why Do We Call It Germany?

Have you ever heard the old lyric “You say tomāto, and I say tomăto?” The disconnect in this sentence is pretty similar to why people have different names for Germany.

However, the word “Germany” itself was one of the first titles used for this place.

Germany is an English-derived term that comes from the Latin word Germania. Given by Julius Caesar, this title represented the people in the east of Rhine.

The country you see on the map today came into being in the 19th century. It happened when a man called Otto von Bismarck decided to combine different regions into one single empire.

Who Came Up With the Title “Germany” in the First Place?

It all started when the Roman Empire was taking over Europe. The Germanic tribes were the first people to move to this land to win against the Romans.

While Romans were successful in taking control of a massive land of western Europe, they failed to conquer the area under the power of the Germanic tribes.

However, after a few years, the Germanic tribes eventually joined the Roman Empire to strengthen its weakened affairs. But let’s keep that story for another day.

Since it had a central location in Europe, Germany shared borders with people from different languages and cultures. When the Germanic tribe came into this place, many regions around adopted their language and started calling the area Germania.

The root of the word Germania comes from the Gauls. Gauls was a title given to the Celtic tribes of Continental Europe in France.

Julius Caesar had already conquered the Gauls. And to distinguish it from the unconquered Rhine, he named it Germani.

Germani meant “neighbors,” or as some historians think, “men of the forest.”

However, quite soon, ‘Germani’ got a modification by the Englishmen who anglicized the term, and today, we have Germany. But, the English only began to use the word in the late 1500s.

Before that, the region was commonly referred to as Almany.

Why Do We Call Deutschland Germany?

Now many of you may ask, is it Germany or Deutschland? Many countries around the world have an endonym and also an exonym.

While the former is the name a place gives itself, the latter is the term the other countries use to call that place. It is exactly what applies to the different names of Germany.

Germans use Deutschland as an exonym. Deutschland is a native title for the word Germany which means people or nation.

The word first came into being in the 8th century. At that time, the locals didn’t identify themselves as either Allemanis or Germans. Instead, they existed as individuals, free from the influence of Roman and Latin culture.

They had a distinct name for their language and culture, and that was ‘Duits Disk.’ This term means “of the people.”

As the German language started developing, ‘Duits Disk’ became ‘Deutsch,’ and the region was given ‘Deutschland’ as the new name.

Throughout Europe, the word Deutsch and Deutschland went through many modifications. Each country called it with a different title.

For instance, the Italians translated Deutschland to Tedesco. Moreover, some English speakers started calling the region Germany to differentiate between the many Germanic speakers.

So, the answer to why do we call Germany not Deutschland lies in the vast history and various languages of the region.

What Are the Different Names of Germany In Other Languages?

Since Germany is a central part of Europe, it is famous for many things; no, it is not just the beer or the landscape that attracts people from around the world.

Germany’s six different names in varying languages is a highlight for people who love to read about this country. While I have mentioned a few names above, here is a better description of different titles and their meaning.

This is a French word for Germany. However, it is referred to as Alemania in Spanish and Almania in Turkish.

The word Allemagne is a derivation of the name Alemanni and means “all men.”. Alemanni was a union of all Germanic tribes that ruled the Rhine river.

The title above means “the country of the mute.” While this name may sound strange for a country like Germany, it has a fascinating story.

Neimci was a title given to foreigners who couldn’t speak the Slavic language.

Most non-Slavs in Germany had Germanic origins and interacted with Slav locals. They didn’t know their language and hence were called dumb and mute.

It is how the title, Neimci, became synonymous with the Germanic tribe.

Deutsch means people, and Deutschland stands for the “land of people.” Deutschland is still a trendy name for Germany, and Germans use it for themselves. 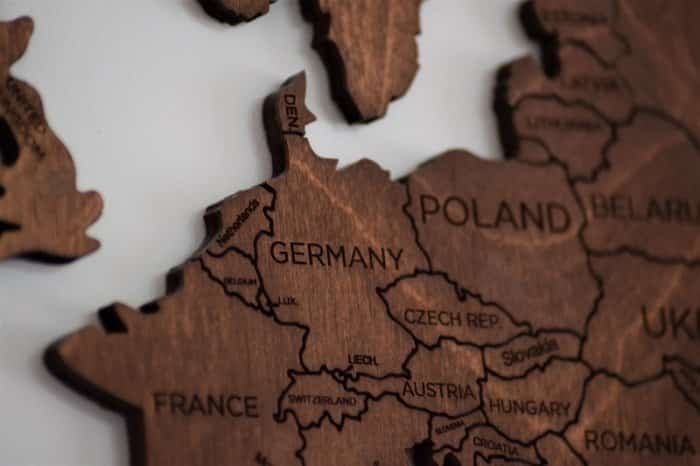 However, many Englishmen also started using the word Dutchland for Germany. But the title was later given to the Netherlands to avoid confusion.

This expression is a Serbo-Croatian word. While the name applies to the Swabia region of Germany only, many people still use it for the whole country.

Derived from Germania’s Latin word, this name refers to a land that the Germanic tribes conquered. It is one of the most common terms that people around the world use to call this region.

In simple terms, Germany means neighbor. It is a common word in many languages like Asian, African, Romance, and Slavic.

Also, here is a fun fact: Germany has a nickname!

While it is pretty long, it means “the country of poets and thinkers.” Quite thoughtful, no?

Do Schools In Germany Teach Its History?

Most schools around Germany teach the country’s history as a part of their academic curriculum. It also includes the story behind the name of this region.

German children are aware of the different names of their land, from its original titles to the interesting modifications.

Since these schools have kids from various regions with other languages, all the words give a sense of pride to everyone.

However, most Germans are not proud of what they have achieved and lost when it comes to history. Unfortunately, World War II portrayed a bad image of Germany which many people today don’t like to believe.

What Do You Think? Is it Germany or Deutschland for You?

A country with many different names and meanings, Germany has quite a culture and history. With every title, there is a background that can quickly grasp all your attention.

However, after reading about all the titles, which name would you want to use for Germany? If you are a tourist from the United States, Britain, or Asian countries, you may always have called this country Germany.

And that’s what you will prefer when you visit the region.

However, as a German citizen, Deutschland is the word that will suit your identity. However, you have every right to use a name of your choice.

Germany is one of the friendliest nations and accepts people from around the world. While its history may have been devastating for many, it doesn’t reflect the characteristics of the people and the country’s many names.

So when in Germany, call it by any name you want. But make sure you pronounce it correctly for the locals to understand.