Kyoto vs Tokyo, what is the difference? If you had a plan to visit one of the cities but can’t make the ultimate choice, here is everything you need to know about the two cities.

Kyoto and Tokyo are among the great cities in Japan that hold a rich historical background. The fact that their names tend to possess some similarities has always made many think that one of the cities borrowed a name from the other.

Well, let’s have a closer look at Kyoto vs Tokyo and learn more about the two cities.

The reason why these cities share names that are somehow similar is that the two have served as the country’s capital at one time.

Before Tokyo became the capital city of Japan, Kyoto was the country’s capital.

Does it mean that Tokyo was therefore named after Kyoto?

Hence, even though the two may be in different parts of Japan, the two cities have always been rivals in terms of greatness.

Major Differences between Kyoto and Tokyo

Even with almost similar names, these cities are different in so many aspects. Here are some of the most common differences.

The History of Kyoto versus Tokyo 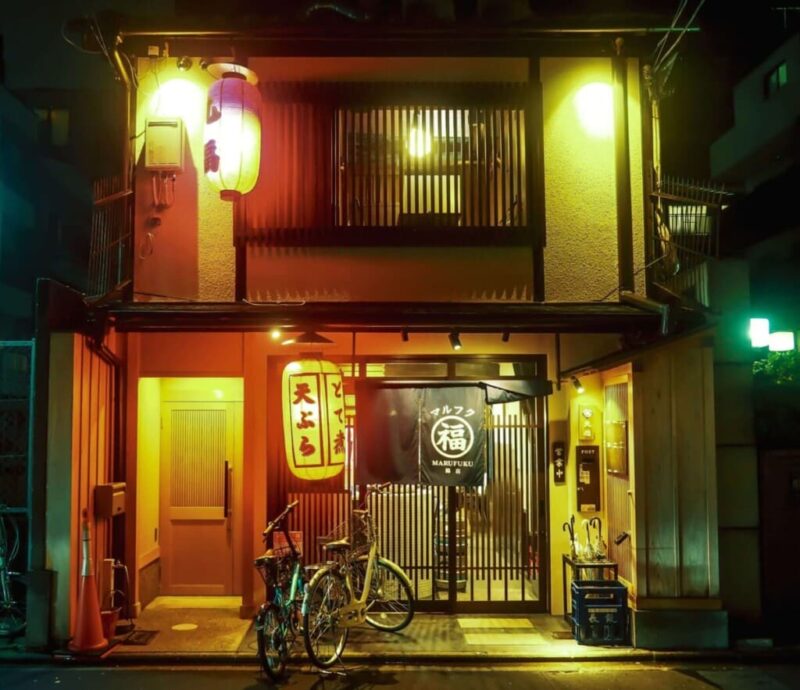 Kyoto existed long before Tokyo came into existence. According to some archeologists, Kyoto might have existed slightly before the sixth century.

The Shimogamo Shrine, which you can visit in Kyoto, dates back to around the same time.

Nonetheless, despite the city’s age, the name Kyoto is not that old. Initially, it was known as Heian-Kyo, which meant “tranquility and peace capital” and was Japan’s capital.

However, in 1864, the city suffered from war and fires, which destroyed over 28,000 homes during the Hamaguri rebellion.

As a move to rebuild the destroyed city back to its glory, the Emperor renamed Heian-Kyo to Kyoto in 1899.

Just like Kyoto, Tokyo wasn’t the original name of the city. Initially, Tokyo was known as Edo, named after an estuary.

Early in the 17th century, Edo was doing fair enough as it significantly grew in terms of infrastructure, as well as its economy.

Unfortunately, Edo’s grand vision and prosperity were marred by fires, earthquakes, and floods. The setbacks, however, did not squash the promising city as Emperor Meiji settled in Edo in 1869 and gave it a new name, Tokyo.

Later in 1889, the Emperor decided to name Tokyo as the capital instead of Kyoto.

Tokyo is the largest city in Japan, as it covers an estimated area of 2,188 square kilometers.

On the other hand, Kyoto city is way smaller compared to Tokyo city as it has coverage of 827.83 square kilometers.

Transportation in Kyoto versus Tokyo

On a global scale, Tokyo is famous for its train network. The train is the conventional means of transportation in Tokyo, thanks to the state of the art train network system.

Within the city, most people depend on trains daily as the primary means of transport.

While in Kyoto, it is quite the opposite. Hardly would one hop into a train unless they are going beyond the city.

Since Kyoto is a city that is quite small and compact, it would be easier to use buses or bicycles to move from one point to another. It is common to find students riding bikes to get around the city to save on transport costs. 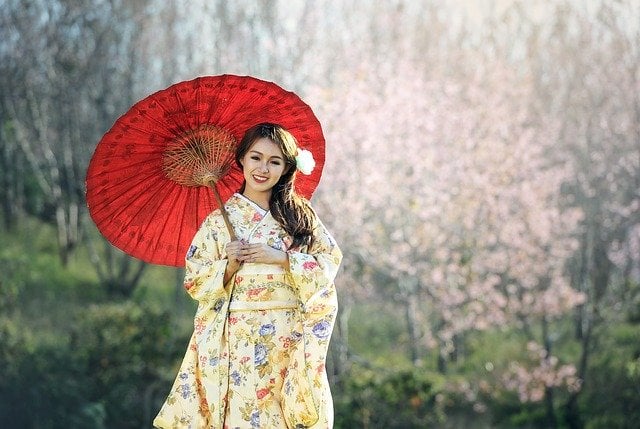 Tokyo is a great city to visit and enjoy your stay if you can stand the hustle and bustle.

It is a city that offers the Asian pop culture experience, with a blend of the eastern and western way of life. Since it is a significant center of commerce in Japan, the city has skyscrapers stretching to the clouds and swanky cafés.

Additionally, Tokyo is a great hub for shopping as it is full of stores with the latest and hottest trends.

The city is also full of neon lights and booming nightlife. If you want to experience the crazy things that people in the west say about Japan, Tokyo would be a better option.

On the other hand, if you feel attracted and inspired by the traditional Japanese culture, then Kyoto would be a perfect choice. Kyoto offers an authentic Japanese culture as it’s full of shrines, temples, antique houses, and museums.

The city’s heritage is easily accessible and tangible, unlike Tokyo’s, which has been hidden and eroded by the rigorous modern development.

Kyoto is famous for the old Machiya (traditional houses) and has a rule that restricts buildings to the height of a 5-story pagoda. This rule helps in preserving the cultural scenery of Kyoto city.

The main difference between Kyoto and Tokyo is rooted in the cultural aspect. While Kyoto offers an authentic traditional Japanese culture, Tokyo offers modernity.

Kyoto is less populous than Tokyo, thus making it great for them that love some quiet area to cool off and re-energize. 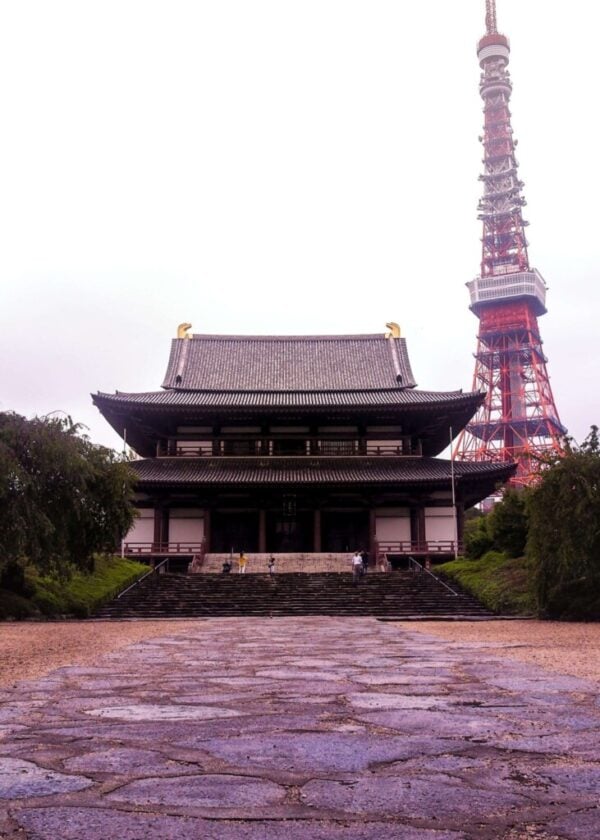 Whenever you visit Kyoto, people are generally warm and welcoming. However, due to their tight preservation of traditional Japanese culture, they might get offended if one fails to appreciate their culture.

They firmly hold these cultural practices as their source of identity.

Additionally, people in Kyoto are more approachable and always ready to help. With 10% being students in local universities, it is easy to hold open conversations and share perspectives on various aspects of life.

Tokyo being a melting pot, it is always full of life and diversity. The population is a mixture of locals, people from other parts of Japan, as well as different nationalities.

Most people tend to have an individualistic lifestyle. There are plenty of unique things to do in Tokyo given the diverse population and history.

Due to the diversity in Tokyo, people are more open-minded and not restrained to culture.

However, those who regard themselves to be Edokko, that is, native Tokyo people, tend to be a little bit proud with a sense of ownership.

During winter, Kyoto is relatively colder than Tokyo. Kyoto is wedged in between mountains, thus making it a little bit colder.

During the summer, Kyoto happens to outdo Tokyo too. Temperatures are usually high in Tokyo with exhausting humidity. However, even though temperatures are higher in Kyoto during this period, the trees and greenery offer excellent recuperation, unlike the crowded city of Tokyo.

Living in Kyoto vs Tokyo 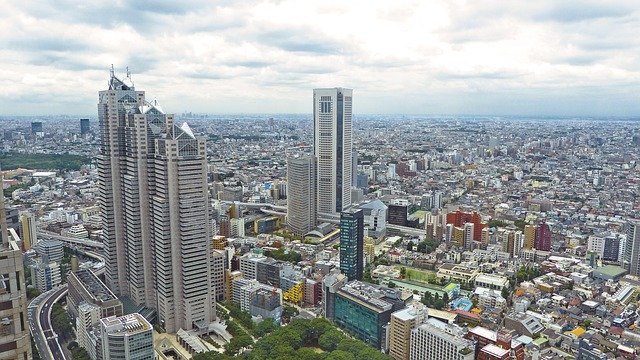 Concerning living expenses, Tokyo is more expensive than Kyoto. The high cost of living is expected in every country’s capital, more so the developed nations. When comparing the transport costs, accommodation, and food, Tokyo happens to be around 30% more expensive than its rival.

When it comes to accommodation rates, Kyoto is quite cheap as you can rent a single-room apartment outside the city center for around 48,000 yen/week.

In Tokyo, to rent a single-room apartment outside the city center for a week, you’ll need around 77,853 yen.

Food Comparison in the Two Cities

When running a comparison of two great cities, food hardly misses out on the comparison chart. Therefore, it will be unfair if I fail to mention the quality of cuisine in Kyoto as well as Tokyo.

Japan boasts of having some of the best dishes in the world, and with a wide variety, each region has its specific recipes. Traditional Japanese dishes mainly dominate Kyoto’s cuisine. You’ll be more likely to come across street food such as Monjayaki, Okonomiyaki, and Takoyaki.

Due to the diversity and modernization in Tokyo, there is a vast range of delicacies from Japan and around the globe. Tokyo has attracted worldwide restaurants and chefs from various parts of the world, thus giving it an upper hand.

Depending on your personal preference, it is easier to find your taste in Tokyo than Kyoto.

That does not mean that Kyoto lacks great food. If you like traditional Japanese cuisine, Kyoto will serve you well. But if you are looking for a wide variety or want to try new food, Tokyo will best fulfill your desires.

These are the popular foods to eat in Japan, no matter your location.

Outdoors between the Two Cities

Kyoto’s outdoor experiences are calm and serene. If you love nature as well as beautiful landscapes, Kyoto would give a memorable treat.

You can take your time and enjoy the fresh air as you take a walk between the swaying bamboo trees.

Besides, you can also relax and take a breath in a quiet central park. Kyoto can also be an excellent destination for those that love adventure and exploring. It offers several spots where you can visit and experience the authentic Japanese culture as you interact with the locals.

Tokyo, too, has quite several parks. But unlike Kyoto’s parks, these parks are not as quiet.

The locals normally flock to these parks for beer-fueled picnics as they lighten up in laughter. Occasionally, live music and bands would grace these green spaces.

Conclusion on Kyoto vs Tokyo

It’s quite hard to pick one city one over the other. While Tokyo reveals the fast-paced life and the modern culture of Japan, the other one reveals the calmer life in Japan. Both Kyoto and Tokyo uniquely contrast each other to offer great insights about Japan.

If you are trying to figure out how many days to spend in Tokyo vs Kyoto, start by listing down your preferences for the trip.

A minimum of two days would be perfect for Kyoto, while a minimum of three days would suit Tokyo. Well, if you got the time, do both rather than debating on Kyoto vs Tokyo.