Heading to Upper Bavaria? Check out this scenic town of Dachau that is within the region. It is a charming town blessed with spectacular sceneries of nature and a historic town that is home to an array of historical landmarks and architecture.

Dachau is a great destination to seek in Upper Bavaria, there are numerous exciting things to do in Dachau waiting to happen, making it an excellent day trip from Munich by train.

The town brings you back in time, from the historic structures built and still standing in town to the classical and ancient ambiance it gives as you stroll on its streets, which is a delightful and incredible experience to remember.

Best Things to do in Dachau, Germany 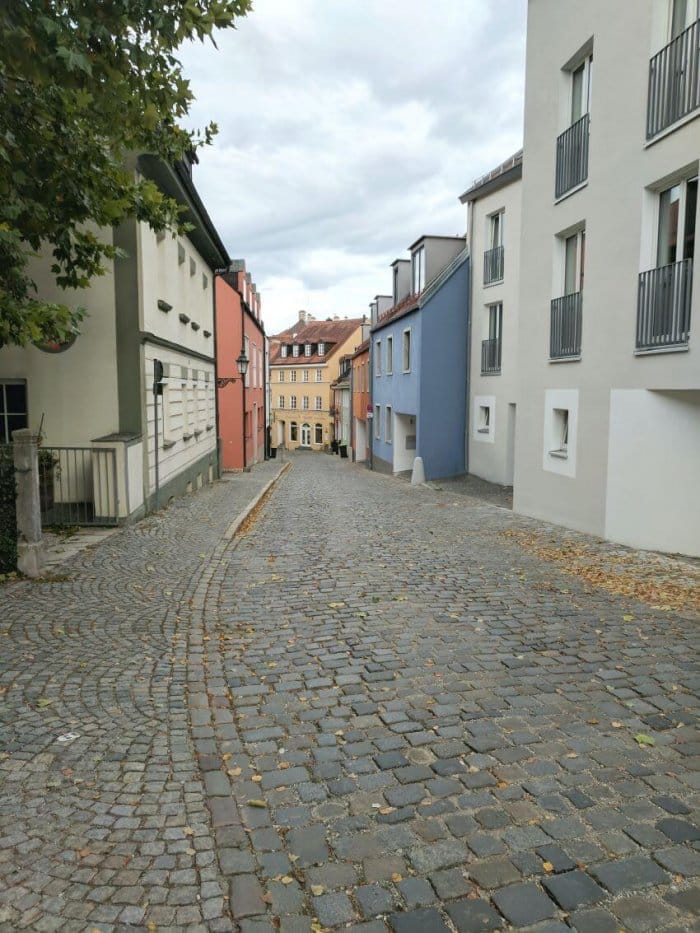 Dachau used to be a concentration camp that opened on 22 March 1933 and was originally meant to accommodate political prisoners. The camp is situated on the lands of a deserted munitions factory just northeast of the old town of Dachau, nearly 16 km (10 mi) northwest of Munich in Bavaria, South Germany.

After Heinrich Himmler opened it, it expanded its objectives to incorporate forced labor and imprisonment of German, Romani, and Austrian Criminals. Jews and foreign nationals in countries occupied or invaded by Germany were also sent to this camp.

The Dachau camp organization escalated to include almost 100 sub-camps, which were mainly Arbeitskommandos or work camps located all over Austria and South Germany. In April 1945, the principal camp was invaded and liberated by American forces.

Before the liberation, prisoners existed in a constant state of fear of terror detention and cruel, inhuman treatment such as floggings, pole or tree hanging, standing cells, and standing at fixed attention for overly long lengths of time. 32,000 deaths were documented to have happened at the Dachau camp, and thousands more are undocumented.

About 10,000 prisoners out of the 30,000 at the camp were seriously ill at the time the camp was liberated. After the war was over, the Dachau grounds were used to accommodate SS soldiers who were awaiting trial.

After 1948, it was used to hold ethnic Germans sent out of Eastern Europe and were waiting to be resettled. Finally, the camp was closed down in 1960. Today, there are numerous religious memorials in the Memorial Site, and it is open to public visitation.

Here is what you need to know about visiting the Dachau concentration camp.

This was the palace originally occupied by the rulers of Bavaria. It is located in Dachau, southern Germany. The palace is under the management of the Bavarian Administration and is among the so many State-owned Palaces.

Visitors are allowed and can book the banquet halls for their events. The Dachau Palace is also a location where one can visit to enjoy some classical concerts. The major attraction of the palace is the coffered Renaissance ceiling of the banqueting hall, which was designed and created between the years 1564 and 1566 by Hans Wisreutter.

It was later restored to the palace in the year 1977. Viewing from the top, we would see Munich as well as view as far as the Bavarian Alps.

The Dachau palace was built as a castle in the 10th century by the cadet branch of the House of Wittelsbach. The palace was later possessed by Duke Otto I of Bavaria after the death of the last Count of Dachau, Konrad III.

The court has a beautiful garden developed in 1572, and this allows one to enjoy a remarkable view from the Schlossberg, it has several pavilions, and just three remain preserved.

It has a balcony of lime trees which were added to the upper part of the parterres. It was redesigned into a Baroque style in 1717 by the two brothers Joseph Effner and Johann Christoph Effner. However, the lower part of the garden has been abandoned for a long and needs repair.

This museum is housed in a building that was formerly used as the town jail. The museum has two exhibition rooms, which are on the second floor, and they are dedicated to local history and culture.

The museum is open every Tuesday afternoon and every Thursday morning except during the school holidays. However, it is closed from November to February.

They also offer a museum private tour for small groups.

This is a gallery in which paintings and drawings are displayed; it was opened to the public in the year 1974 at the same time as the Documentation Centre for Furniture and Wood Carving. The Gallery has two exhibition rooms.

The paintings were made by local artists who had been affected by the political changes which took place in Germany during the first half of the 19th century.

They include Rococo works as well as small Baroque pictures and some examples of Romanticism, e.g., a beautiful picture of two children with a dog and contiguous paintings and Gothic altars were also part of the collection.

The Collection has, however, been expanded since 1974 and now includes works by members of the Dachau school of painting; these works date from 1868 to 1933.

The 2-day private custom Munich tour to Frankfurt is available, with stops in the city and Dachau neighborhoods. This tour from Munich will be led by each part, which includes a visit to the barracks, workstations, and gas chamber.

During the old town private tour you will see a number of important landmarks, including the Old House and Marienplatz, Sacred Lady Cathedral, and two famous beerhouses that have welcomed Nazis from the start as well as gatherings for sympathizers.

The best of all possible city tour Munich excursions is the Dachau Tour, which includes a trip to the concentration camp and the Dachau memorial site.

Six times a day from May through September, special buses arrive to take visitors on this amazing journey. In addition to these trips, you may do several different things in Munich for one whole morning.

Visiting Dachau and taking the ultimate Munich history tour will gain your knowledge and experience about the nazi concentration camp and other historical events of World War II.

Different Dachau tours are available like a train tour which offers a custom tours transportation adventure and also a private walking tour which lets you walk through the concentration camp. You can avail a full-day tour or a half-day tour whichever suits you.

What is Dachau used for now?

Dachau is now a memorial site and museum. It’s open to the public and you can visit it on your own or as part of a tour. There are also some events that take place there throughout the year.

Can I visit Dachau on my own?

Yes, you can visit Dachau on your own or as part of a town private tour.

What should I wear?

Dachau is a memorial site and museum, so be sure to dress respectfully.

Is there any private walking tour available?

Yes, there is a private tour for Dachau which you can sign up for.

What else should I know about visiting Dachau?

There are guided tours in English and other languages as well that you may find available.